War of the Ring - Nexus (boardgame)

Game Due out worldwide summer 2004

NEW Expansion Game Due Late 2005: Battles of the Third Age (see below for picture)

Some very good news.  I was contacted by Kristofer, who is a playtester for the War of the Rings game.  He has a web site that talks about the game.  Please go and check it out.  It is great.  Kristofer's War of the Ring Review Page. 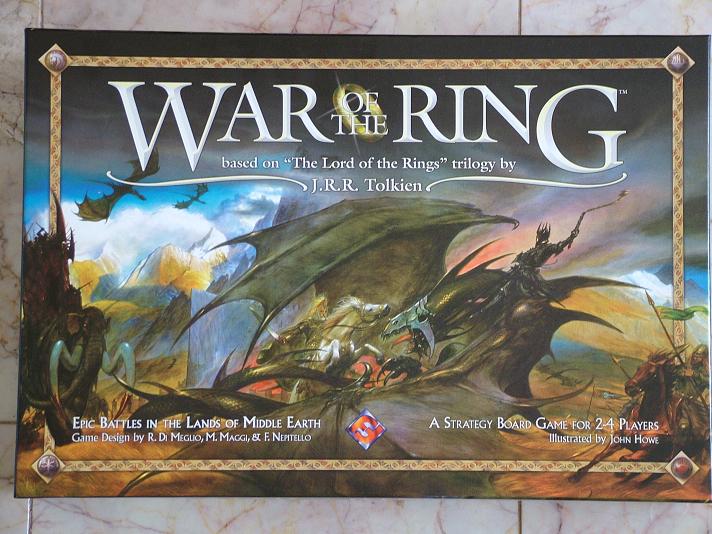 Okay folks, here is the next big Lord of the Rings game.  215 detailed figures, large board, cards, artwork by John Howe (the famous Tolkien artists who worked on the LOTR movie).  This to be a "Grand strategic simulation of Tolkien's 'Lord of the Rings' Trilogy".  According to the brochure, this is a faithful re-enactment from the books.  This is not based on the movies (although the movie was based on the books too).  I have included some of the pages of the borchure below.  I am really looking forward to this game.  When I hear more information, I will let you know.  Here is a link to an advanced review of what the game is about.  Kaos On Line -1.  And go here for the game Kaos On Line - 2.

Update (09-01-04):  The game isn't out yet, however, I have been in contact with a few people that got to Beta Test the game.  They loved it.  Here are two pictures of the Beta Board.  Please note that this will not be the final artwork.  I am sure a lot more color will be added to the board when it comes out. 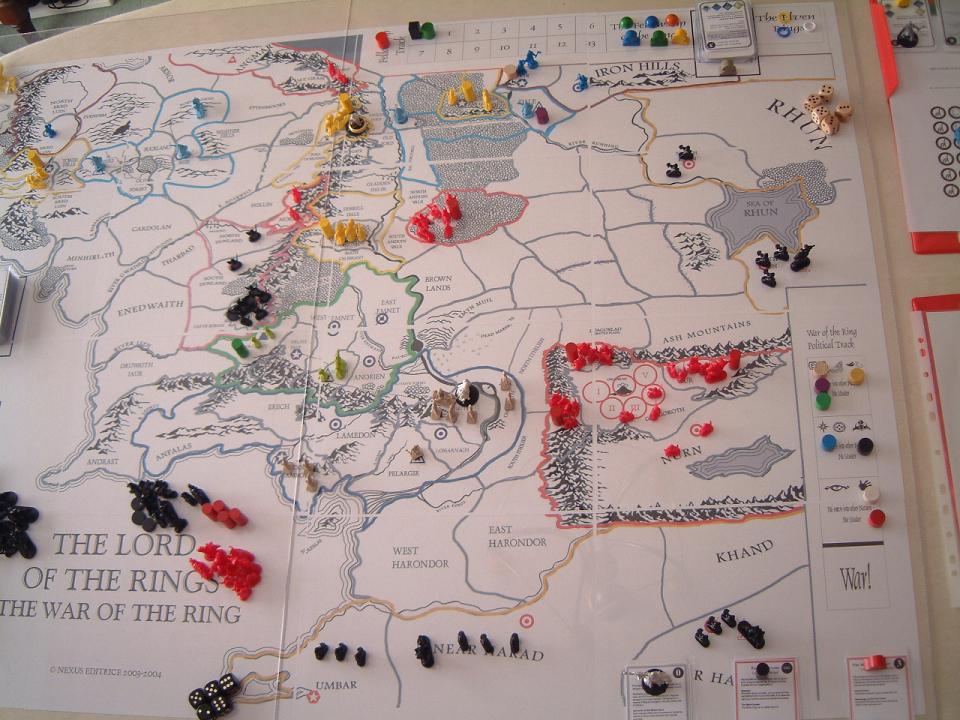 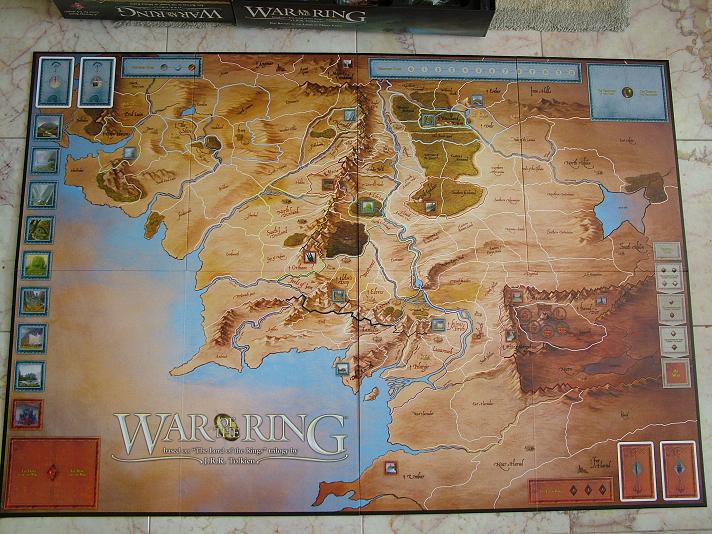 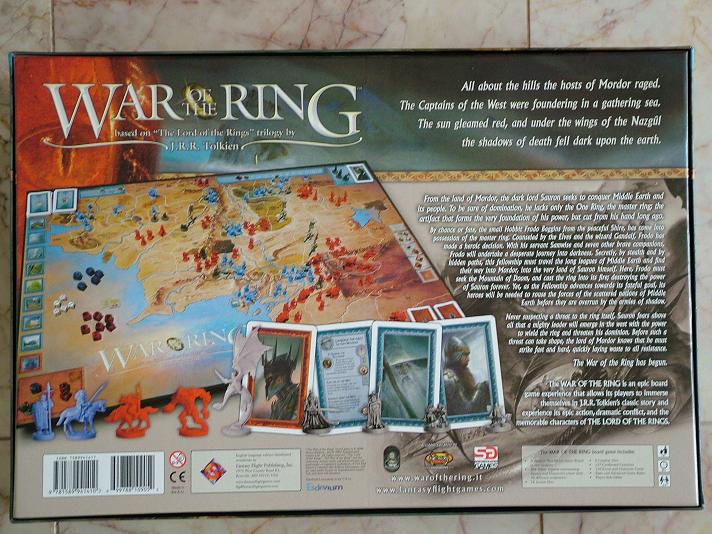 The back of the box 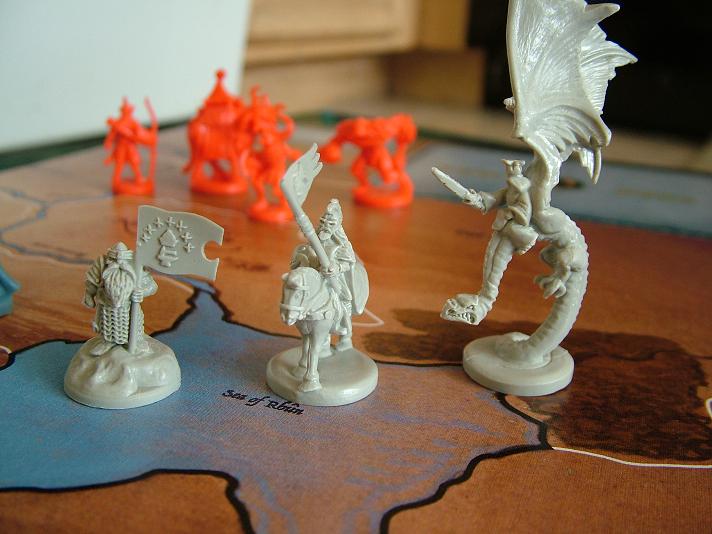 And a close up of some of the pieces.

There will be an expansion game for the War of the Rings called Battles of the Third Age.  I hear it will due out around Oct, but I have not been able to verify that yet.  For now, here is a picture of the box: 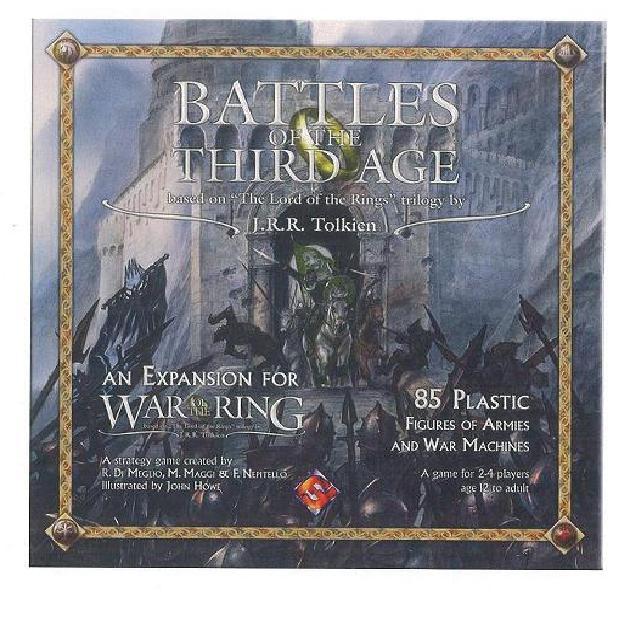