This game was developed starting in 2000 by Gioacchino before the movies were made and was designed to play like Risk with a playing mechanism of Diplomacy.  Originally written in Italian, but there are English version available at boardgamegeek.com.

The game recreates the stratgic battles between the good and evil armies of Middle Earth.  The battle mechanism is based on the play of special cards.  No dice are used.

The downloads include rules in PDF format, game board in 4 parts, and cards.  The cards can be printed, if care is taken, with front and backs.  You'll have to come up with your own markers.  Pictures on boardgamegeek.com show someone using pieces from the LOTR Risk game.  Nothing like recycling pieces.

2/29/08: I just downloaded a copy of the game and I have yet to read through it.  It looks easy but challenging to play.  I'll have to post more later.

Here is a picture of the game: 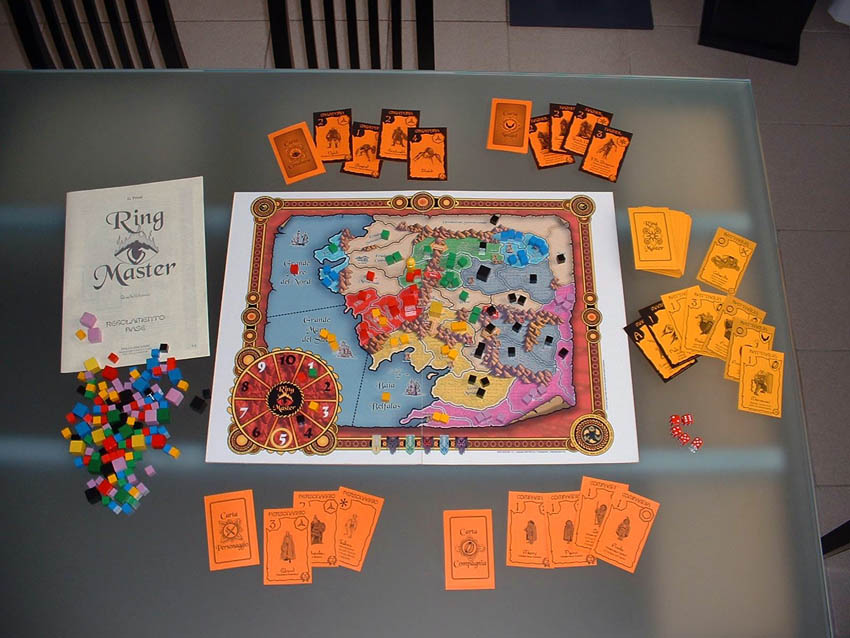