Lord of the Rings: Tactics - for PSP (Play Station Portable)

Once again, I will break out of the mold and list a computer type game here.  And this time is mostly because I want to list more games for this year.

I don't own a PSP (Play Station Portable), I prefer PC games.  Screens are much bigger and I can do a lot of things on a PC that I can't on a PSP (like write reviews for Tolkien games!).  However, I know they are nice to have if you want something portable.  I do own a portable DVD player and and a video iPod (I won it in a contest!), and somewhere I own a Gameboy.  But since PSPs seem to really popular I thought I would add this game to our web site.  So for now you can see what the box looks like.  I assume the screen shots are similar to Lord of the Rings: Battle for Middle Earth (listed in this website), also made by EA for PC, Play Stations, and all sorts of other boxes.  I haven't seen anywhere that they plan on making this for PCs or X-Box or not.  For now I'll assume its only for PSPs.

Here is the box: 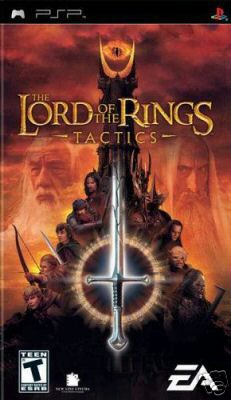