This game is available in the UK and Europe, but not in the US through normal commercial marketing.  This game is used in conjunction with the first Hasbro LOTR Risk game.  In the US, Hasbro decided to publish a LOTR Risk Trilogy Edition that is the same as the expanded map in this version.  Also includes extra armies to help cover the extra area.  Basically, the expanded map covers the area south of Rohan to include Gondor and Mordor.  What is really great about this set is that there is an extra game that is not included in the Trilogy Edition.  There is a extra game that covers the attack on Gondor from the Pelennor Fields.  An excellent edition. 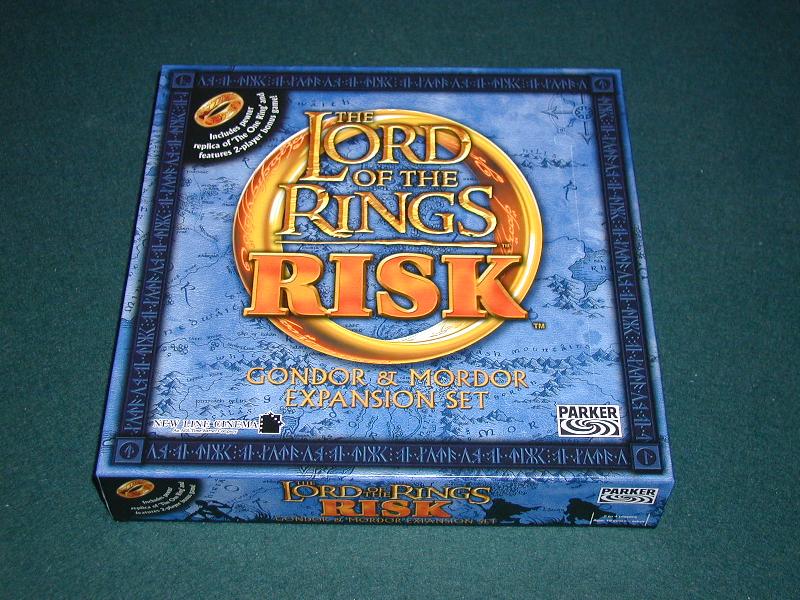 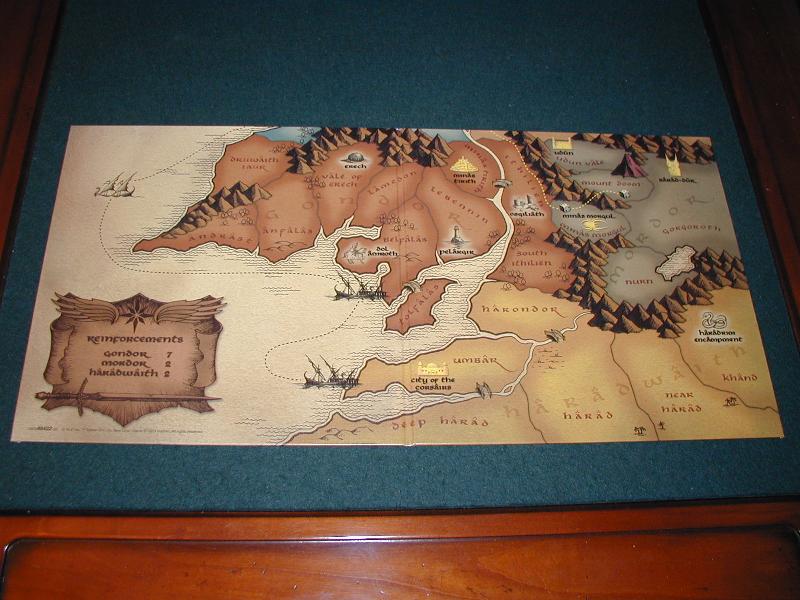 The Expansion side of the board.  It fit exactly with the bottom of the original edition board. 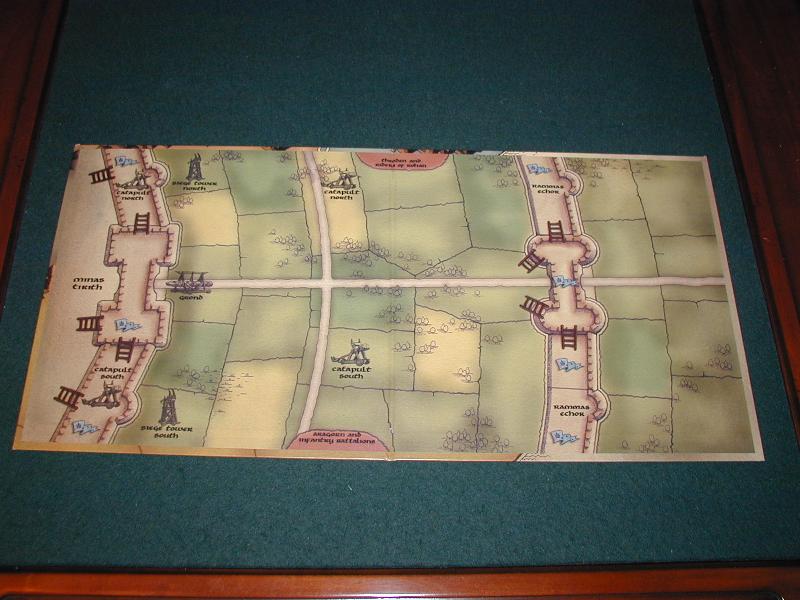 The flip side of the board for the mini game.  Excellent addition. 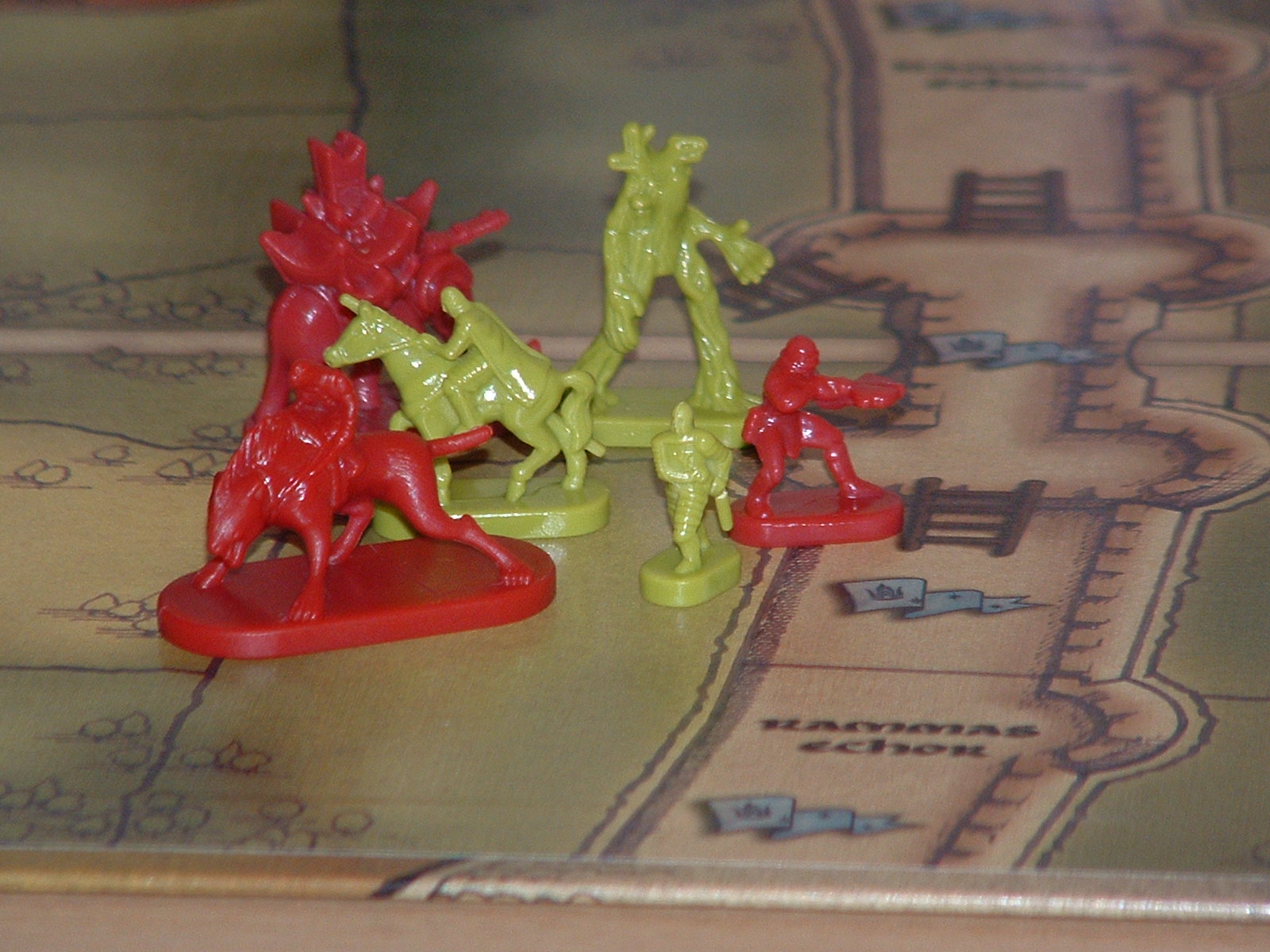 Some of the new pieces; Ents, Wargs, Gondor men, orcs, and Oliphants.

This expansion is found in Europe (UK for English version), but not found here in the US.  The expansion adds the bottom third of the Middle Earth map that includes Mordor and Gondor for the first version of the game (FOTR/TTT).  The new US Trilogy version does the exact same thing but it is included on one board.  What is different with this expansion is that there is a mini game included that does not come with the Trilogy version.  On the newsboards, it doesn't sound as if Parker Bros/Hasbro will publish this mini game here in the US.  So if you want it, you have to get the Expansion.

When I find out what the rules are, if they are updated like the Trilogy version, I will let you know.  For now, here are some pictures of the game...

The expanded board that meets up with the first version of the Risk game.  This is pretty much what the Trilogy game now looks like.

Here are some of the new figures that come with the Expansion game.

Here is the mini game that is on the flip side of the board.  This is a separate game from the main game.