This isn't really a game, but "A Mystical Pack with Middle-Earth Cards, Map, and Ring for Divination and Revelation".  I wasn't even sure if I should include this, but it is such an oddity that I thought I would put in on our web site.

From the book, it states " The Oracle consists of three parts: the Ring itself, the map, and the cards.  Each section may be used independently, or in conjunction with each other in order to cast light upon the events of the past, present, and fuutre."  In other words, it is like a Tarot Card reading but using the philosophy of Tolkien's Middle Earth, sort of.  Tolkien was actually a very devout Catholic and probably wouldn't have approved of this, but what the hey, who am I to guess.  The art work is a very nice water painting set, illustrated by Alice Englander.  The Great Ring is strung on a ribbon and is used over the map and is used as a pendulum for specific "yes" or "no" questions.

I will have to read more through the book to give a more detailed description, it looks like fun (excuse my ignorance for those who follow these philosophys).  For those who aren't so serious, this might be fun at a party.

The outer purple box which looks like a book

A Oracle book that explains all aspects of the whatever.

A deck of Tarot-like cards 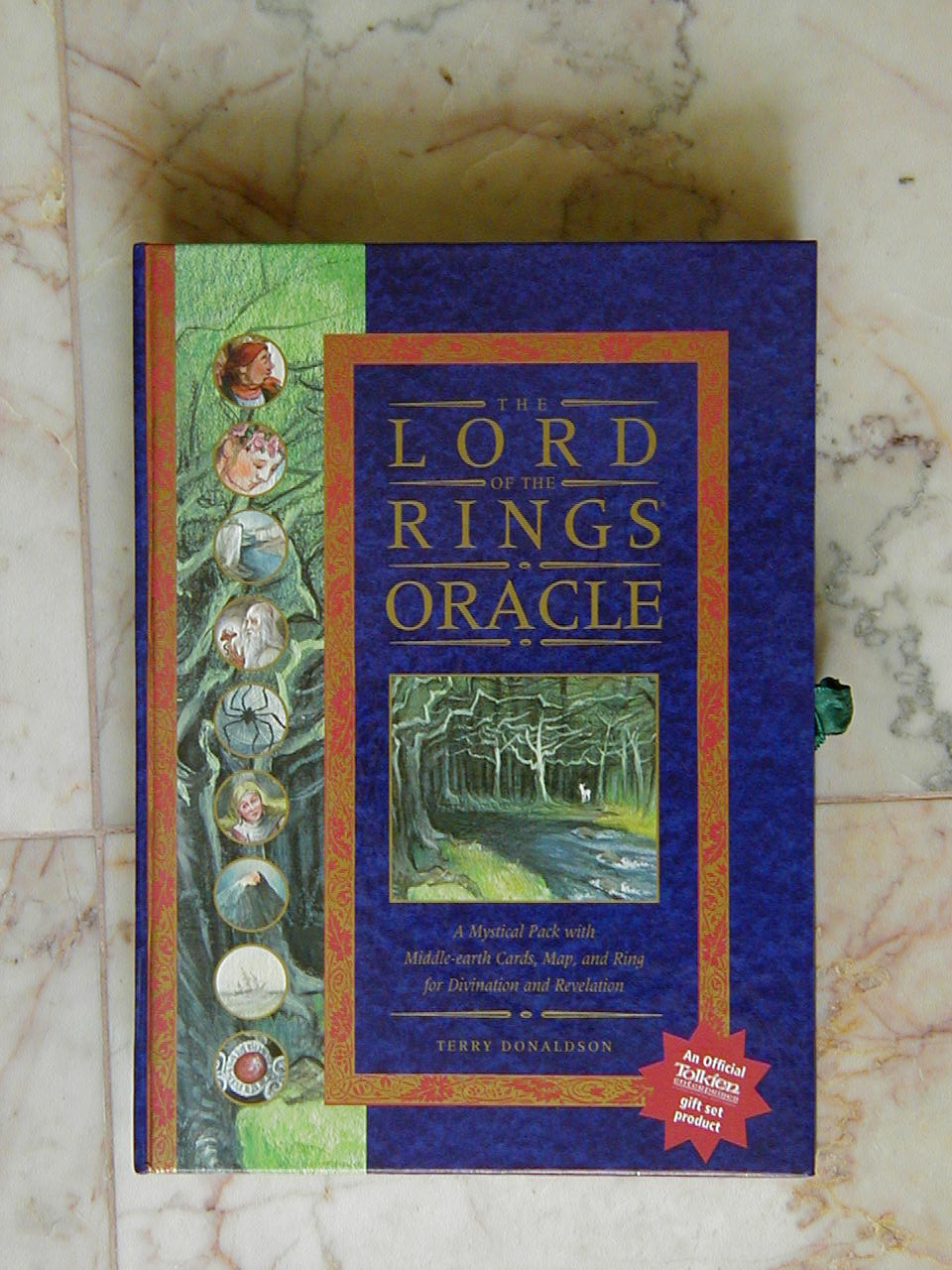 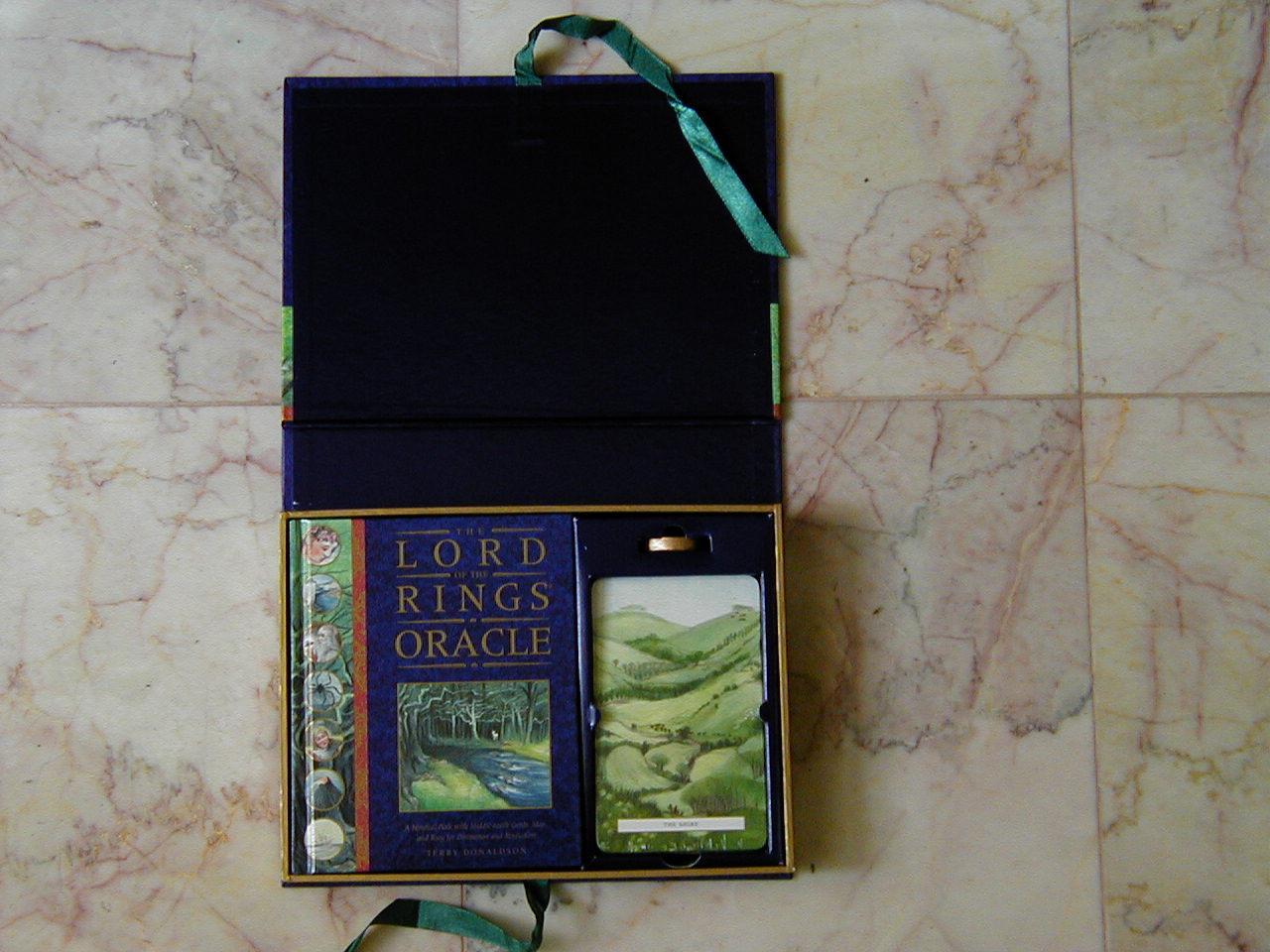 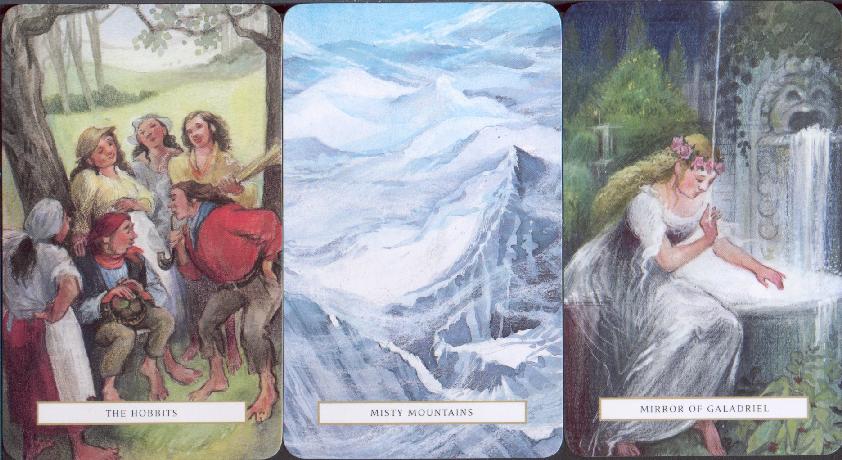 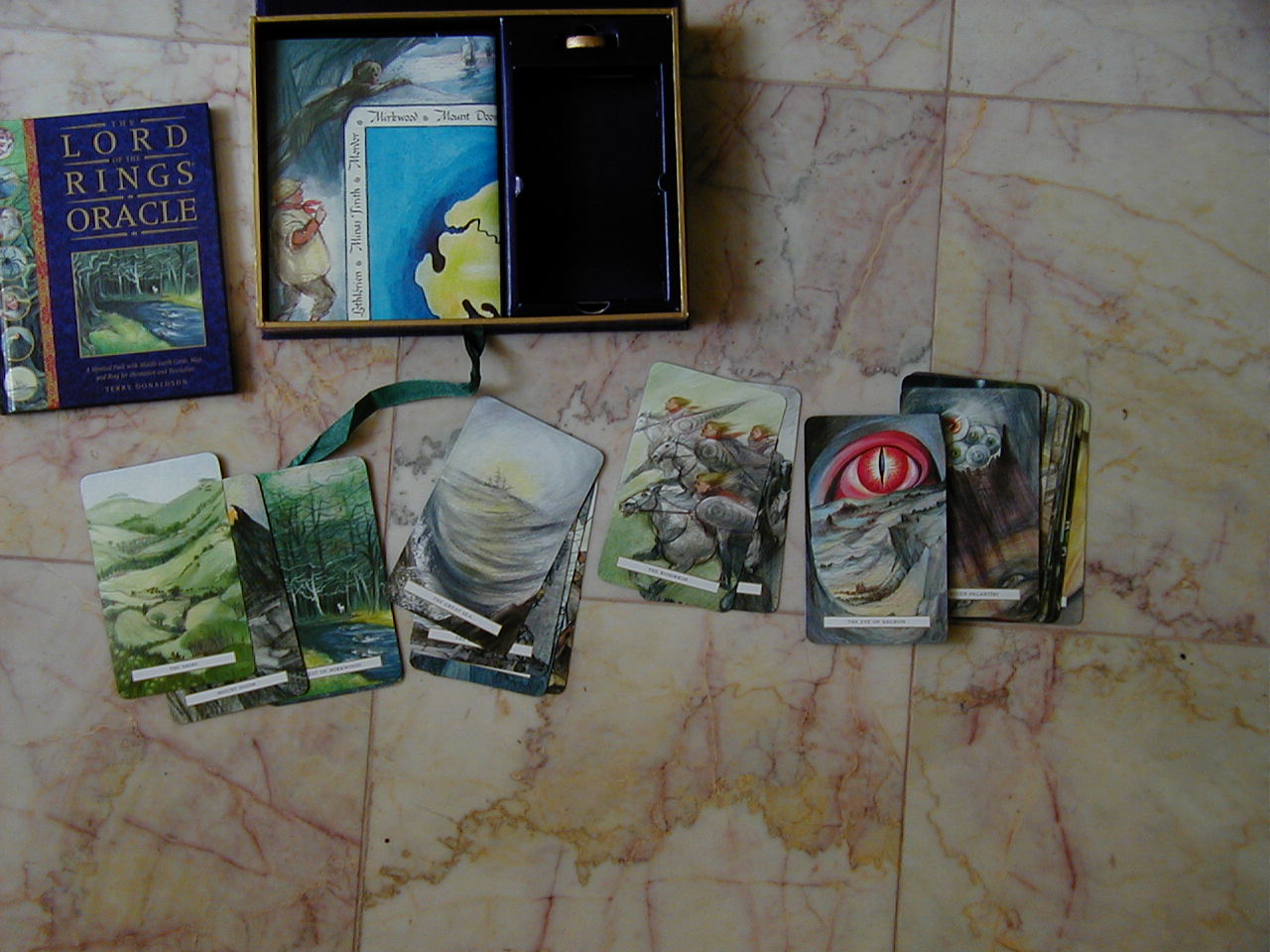 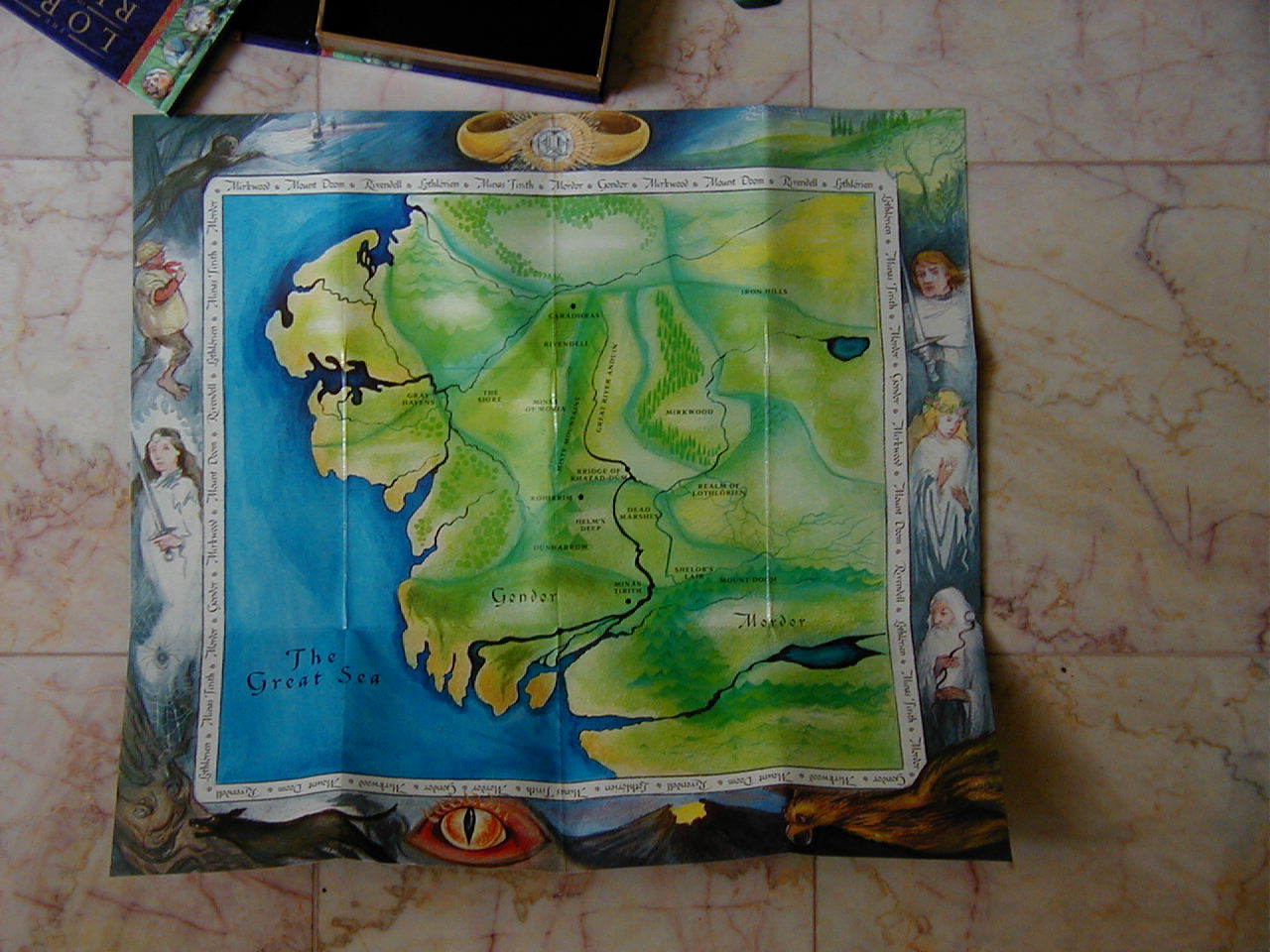