I will review this later as I only have the German instructions at the moment.  Basically, this is a game that was developed to play with the KinderSurprise Eggs.  If you don't know what those are, they are toy figures that are hidden inside of a chocolate egg.  The KinderEggs are a big collectors item in themselves.  Well, someone there decided to make a set of Lord of the Rings: The Fellowship of the Rings figures.  Then they came out with a set of The Two Towers set.  For this second set, you could also purchase a box of seven eggs (two of which held the special edition eggs of Saruman and Treebeard, not found elsewhere).  This special box also came with a fold-out paper board (in German) that is a kids type boardgame.  Like I said, the rules are in German so I am not sure what is says exactly, but it looks fairly simple.  When I get a chance, I will see if I can find a translation.  I don't know if there ever was a Fellowship of the Ring version of the game.  And I haven't heard if there will be one for the Return of the King, but I will keep you posted (or let me know). 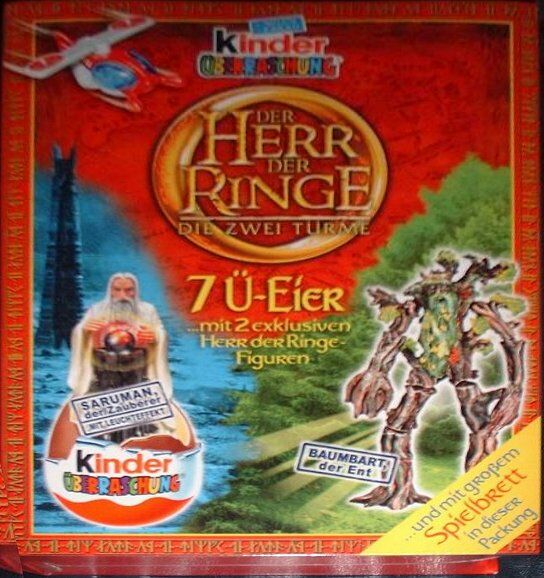 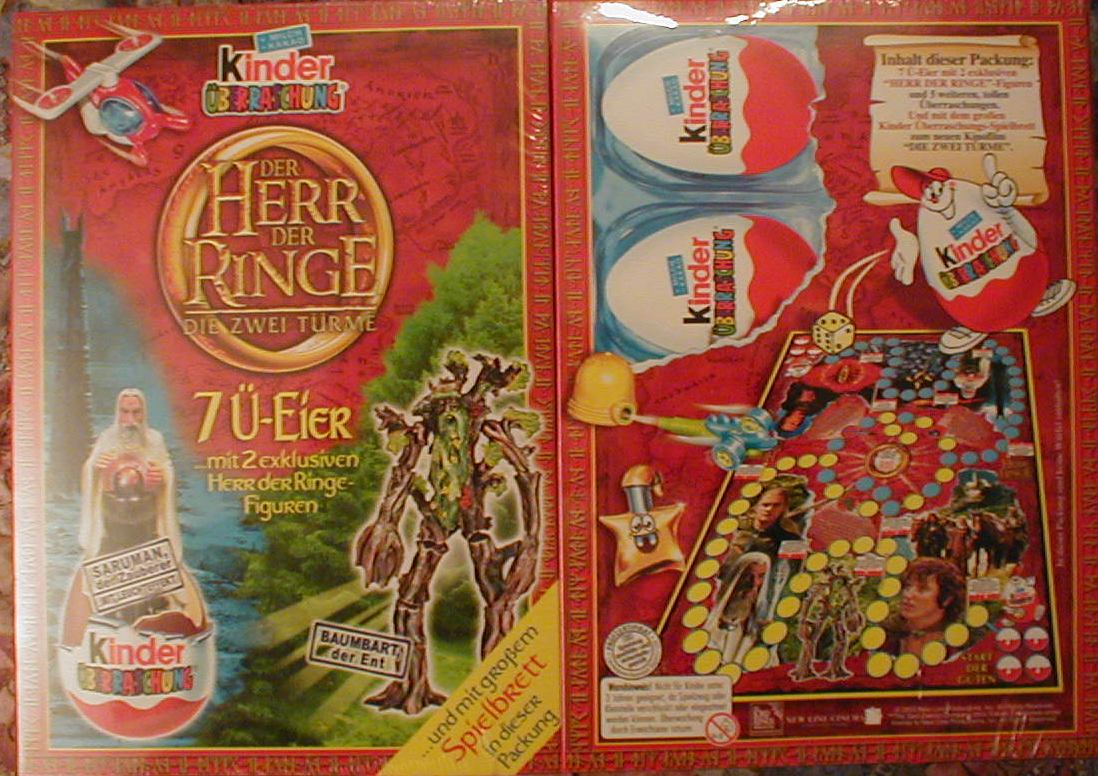 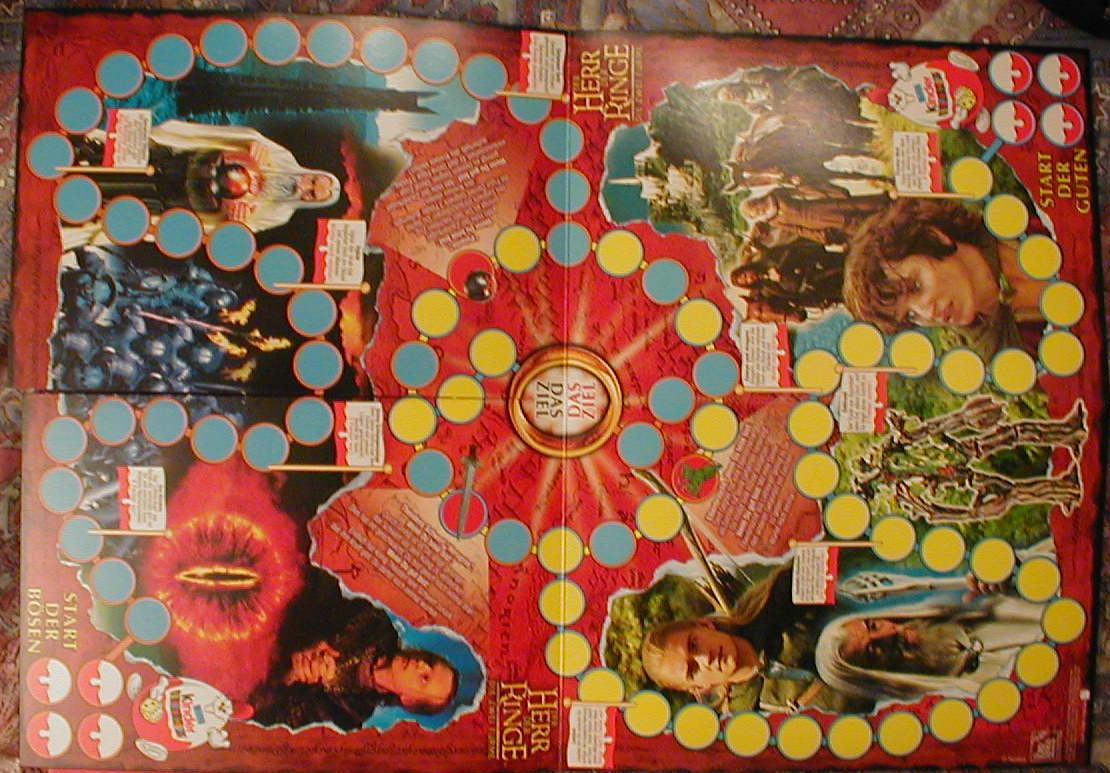 The Two Towers game board 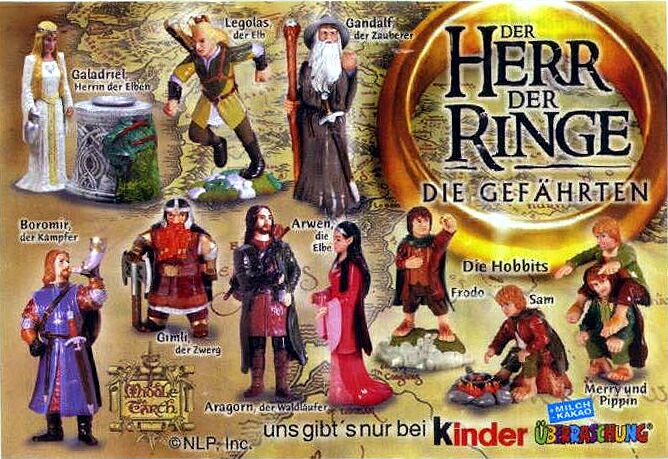 The Fellowship of the Rings Figures 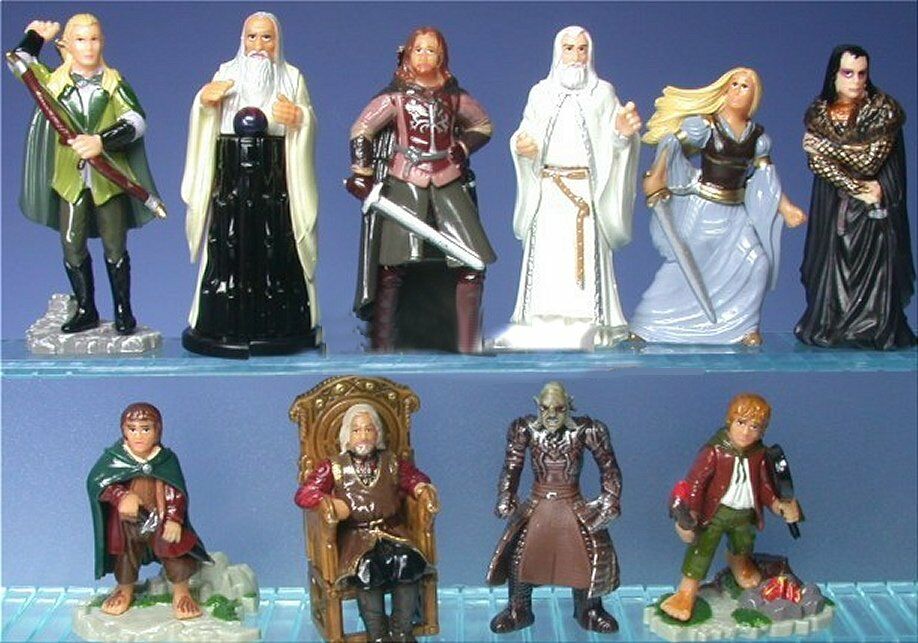 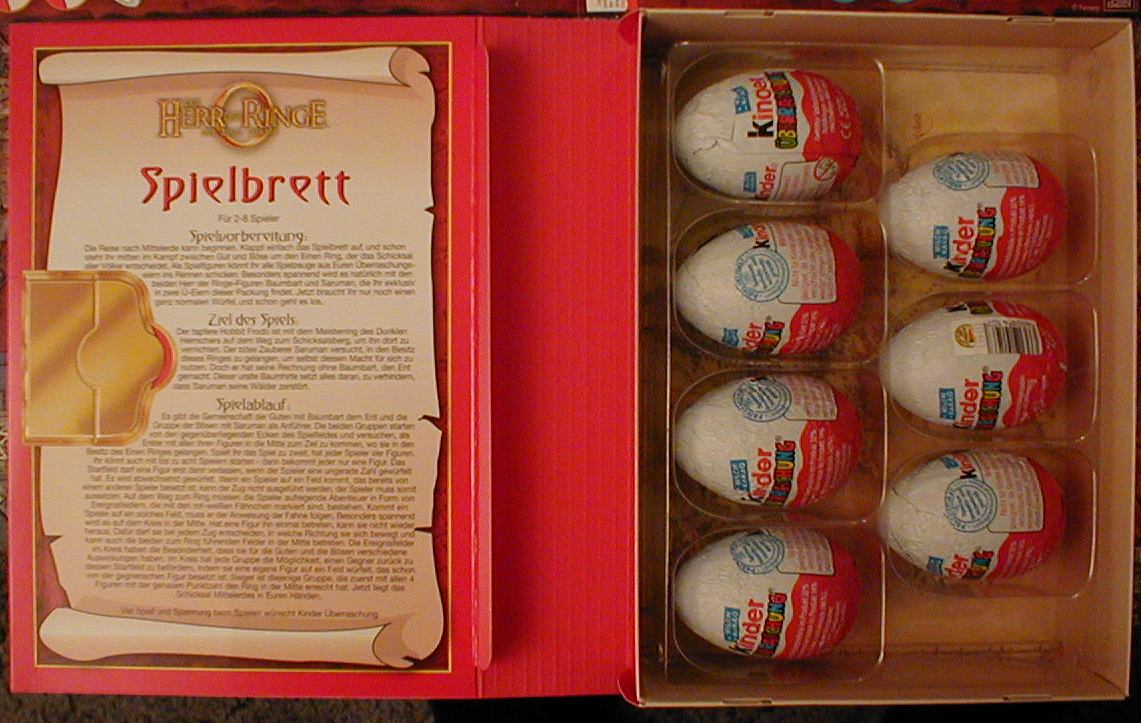 Inside the box with the eggs