Lord of the Rings Card Deck(s)

There have been several different decks of cards from around the world.  When I get a chance, I will list some of the ones that I have found.  Some are good with great graphics, and some are cheap rip-offs.

The first good set came from Bicycle Cards.  These were from Fellowship of the Rings.  They came in as a set of Heros and Villans decks, one of each.  They were packaged in a tin.  There was also a Two Towers version, but it basically was the same set as the Fellowship, just packaged in a different outer red box than the Fellowship green box.  From what I can tell, the tin and cards and deck packs are the same.  Pictures from the movie are on each of the cards.

Another excellent deck came from Character Games.  There are two versions of this one, Two Towers, and the new Return of the King.  What is good about these is that there are six original (I think they are original) card games.  The games from the Two Towers deck include rules for Gandolf's Gambit, Aragorn's Attack, Gollum's Gamble, Frodo's Fear, Elven Whist, and Warg Riders.  The cards only have pictures from the movies on the face cards and the aces, and each suit of cards are different.

There are a bunch of other cards that came out.  Two of them come from New Zealand.  One is another Mibile Gas promotion, and the other is from Village Cinemas in New Zealand as a promotion for the movie.  It looks like they have picutres from the movie on the face cards.

Now watch out, there are some really cheap ones out there too.  I got one from Singapore and the cards are of a cheap quality and only have one set of pictures for all the face cards.

Also, there is a Russian deck of cards that look pretty good, but please note, it might be Polish, I can't tell.  There is a Polish deck out there.

Here are some pictures of different decks.  As far as I know, they all have the New Line Cinema logo on them and I assume they are all licensed.  But you never know. 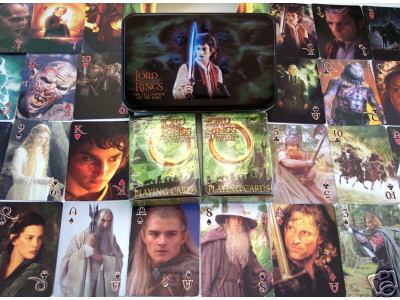 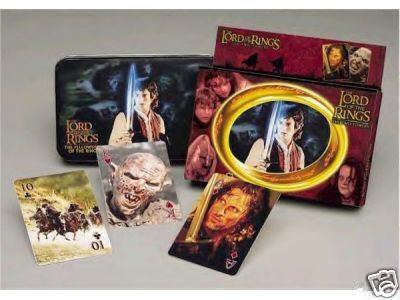 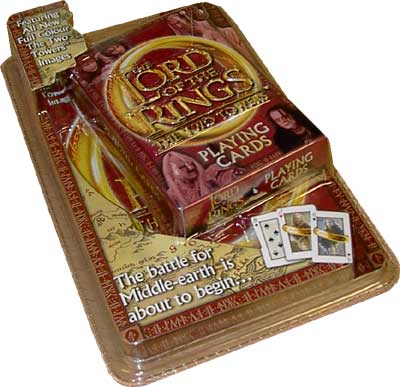 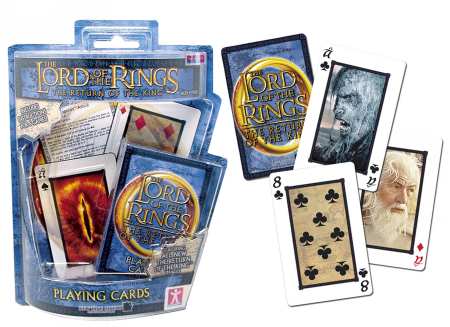 The Return of the King Character Games Set 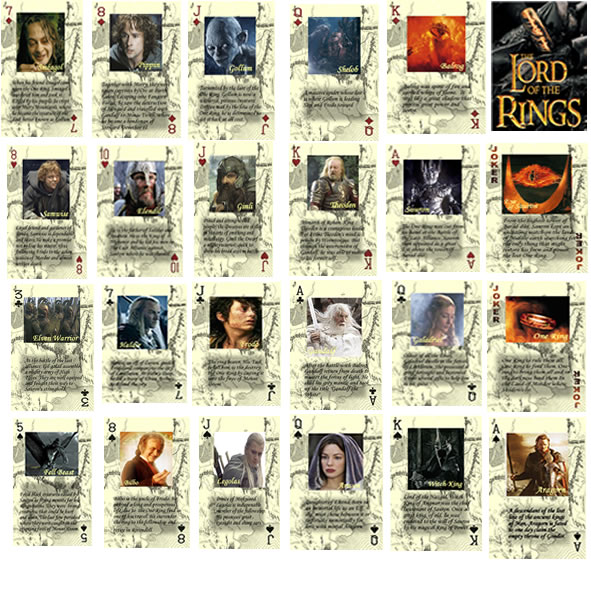 Some Singapore Card deck set that looks pretty nice (this is not the cheap one although I don't know the quality of the cards. 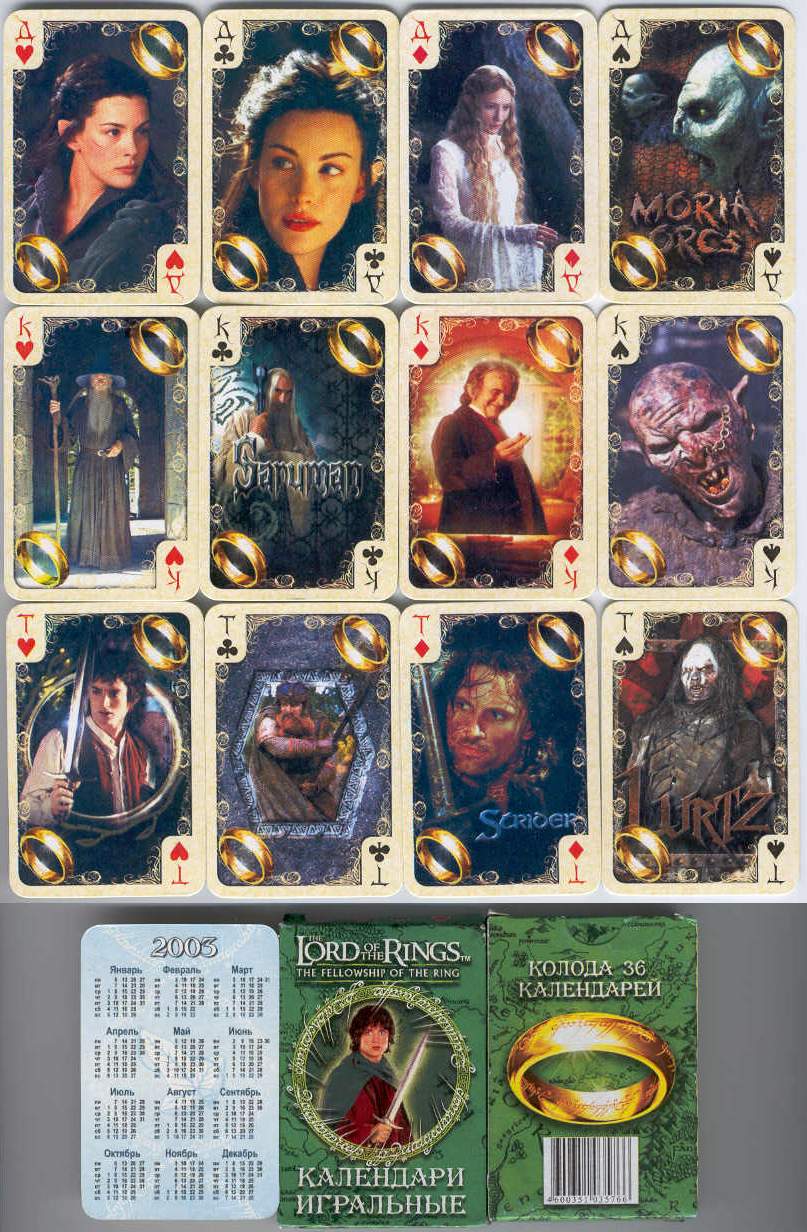 Here is the Russian Deck (note: it might be Polish, sorry, but I am pretty sure it is Russian) 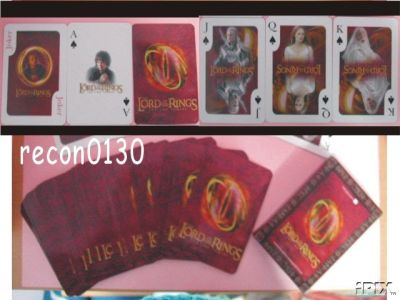 This is the cheap Singapore deck 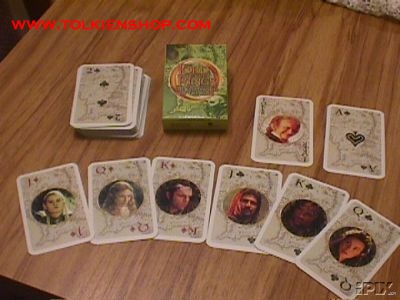 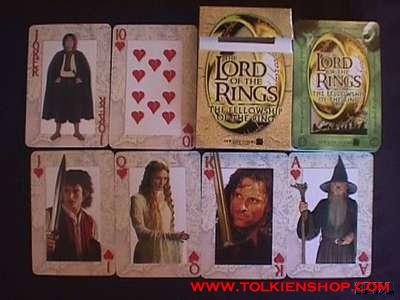 And a deck from the Village Cinemas in New Zealand as a promotion.