LOTR Chess versions Fellowship of the Ring, The Two Towers, and Return of the King

There are many fancy versions of chess, but I will only cover, for now, the mass market Hasbro editions.  This is a chess game, plain and simple.  No special rules.  The playing pieces are plastic, but have been "bronzed" or "silvered", in other words, painted.  So far the FOTR (green) and TTT (red) versions are out with ROTK (blue) version due out sometime around the last movie release. 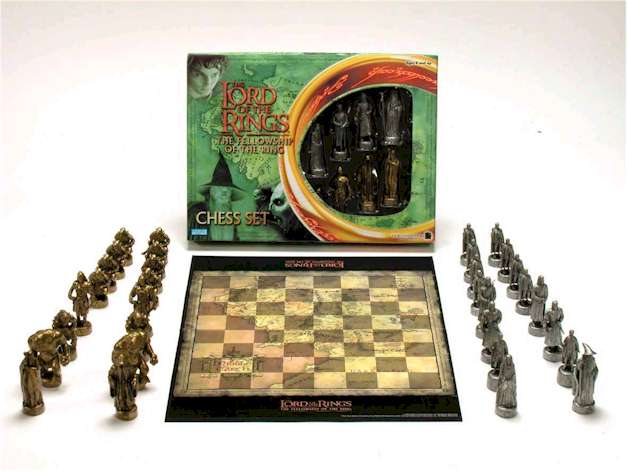 Fellowship of the Ring version 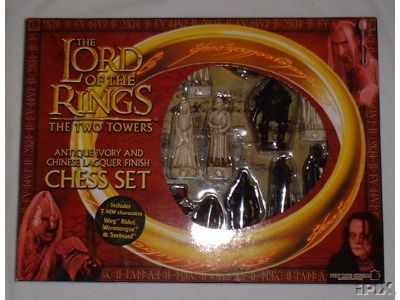 Return of the King version (not yet released)