Also a German version "Der Hobbits" made by Queen Games, 1994

This is a very fun game, but out of print.  It is still available on ebay and other places.

You move your Hobbit around Middle Earth overcoming challenges and collecting usefull artifacts (swords, rope, a pipe, etc) to help you on your quest.  When you get enough tolkens, you get to move to the location where you take on the dragon.  Battle action uses dice, kind of like Dungeons and Dragons.  I really like this game, but it is geared a little more towards kids.  Eventually, I will write a little more on this game.  But for now, here are some pictures.  The first two are the US ICE game, the other two are the German Queen Game version (borrowed from FunAgain.com). 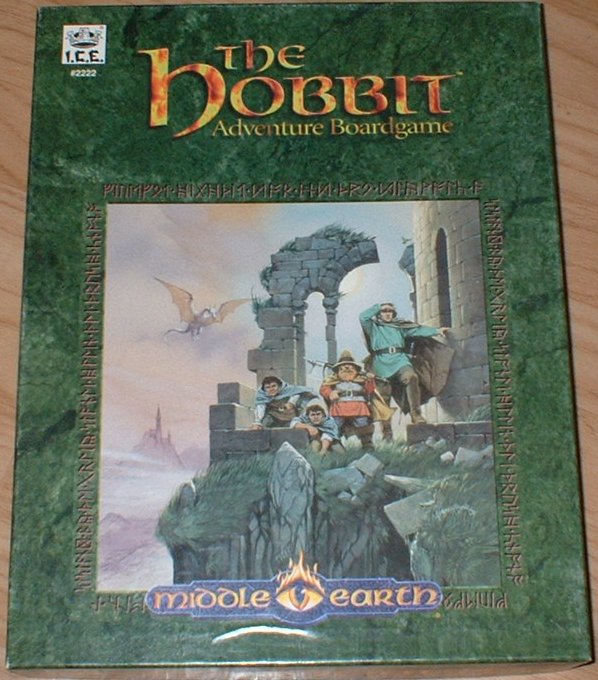 The US ICE version box 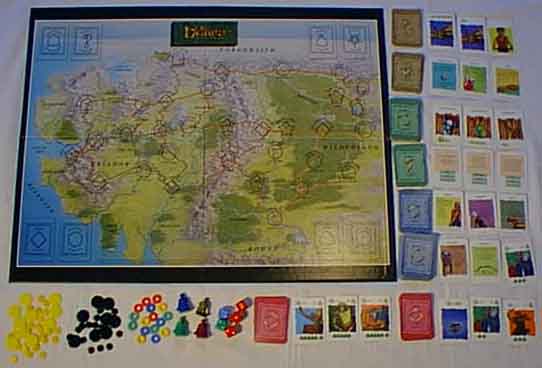 Here is the game and pieces. 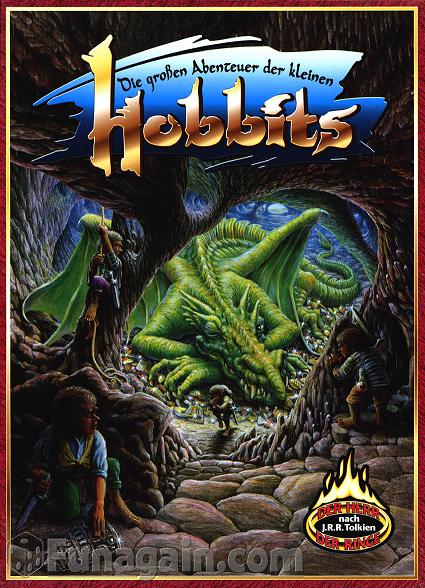 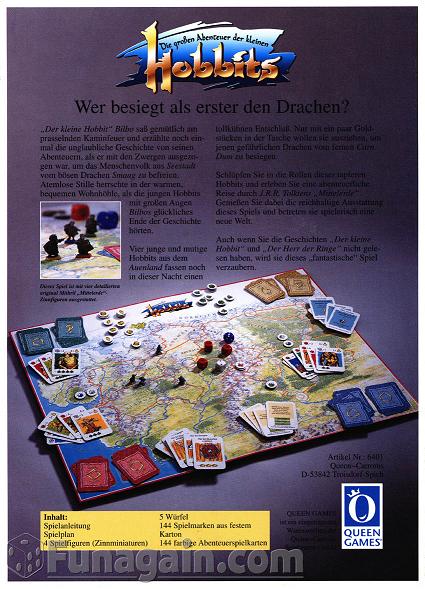 And the back of the box showing the same game as the ICE game above.