(As of Oct 2004, I found from the WizKids website that the release of this game is postponed for further development.  Check out www.wizkids.com for more information, or check back here).

I found this new game, but I don't know much about it.  So I will post what I have found so far.  From what I can guess, there is the first in a series of Epic Battles.

Bring the epic battle for Middle-earth to life in WizKids® latest constructible strategy game! Construct your army of Ents, muster the riders of Rohan, unleash the fury of the Nazgul, or simply build yourself an army worthy of Mordor. Command the huge armies that decided the fate of Middle-earth. The unique game system allows incredible range of tactics and provides diverse units with rapid and fun combat resolution.

Here is the only picture that I have for the game... 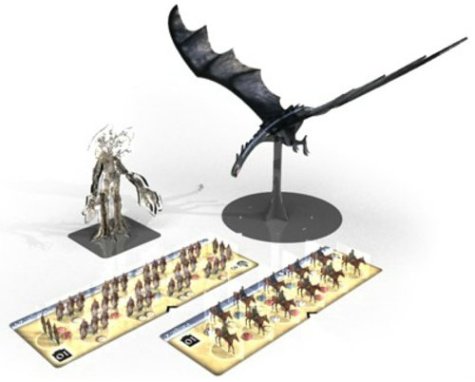