Variant:  "Chainmail Fantasy Variant" by Kennith W. Burke; article on Battle of the Five Armies Rules Variant for Chainmail found in wargame magazine Panzerfaust #64, 1974, page 23.  Explains use of the Chainmail rules to create the battle found in JRR Tolkien's "The Hobbit"

Predecessor to Dungeons and Dragons, this is really a Miniatures game of Medieval Warfare, but there is a Fantasy Supplement.  The supplement describes the use of the main rules but using Hobbits, Orcs, and Wizards with their familiar attributes found in DnD.  Gary Gygax originally developed the rules from a newsletter he published while a member of the Castle and Crusade Society starting in 1968 called The Doomsday Book.  At its peak, C&C Society had about 80 members and it is estimated that probably only 10 or so copies of these original newsletters still exist.  However, the Fantasy Supplement, which contains orcs, hobbits, dragons, and wizards among other Tolkien inspired characters.  While this is not really a boardgame, the miniatures can be played on a board.  Also, this had definite influences on the development of Dungeons and Dragons.

There are multiple editions of Chainmail (source  http://www.acaeum.com/)

I saw a reprint of Chainmail a couple of years ago.  It was silver with the black spiral binding.  I am not sure what edition or printing it was based on. 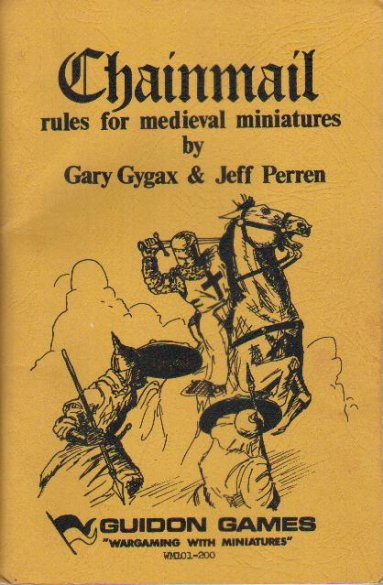 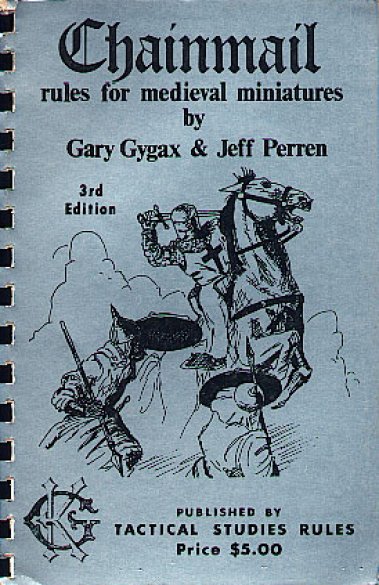 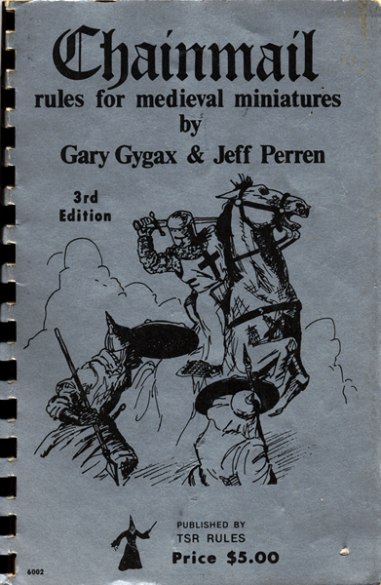 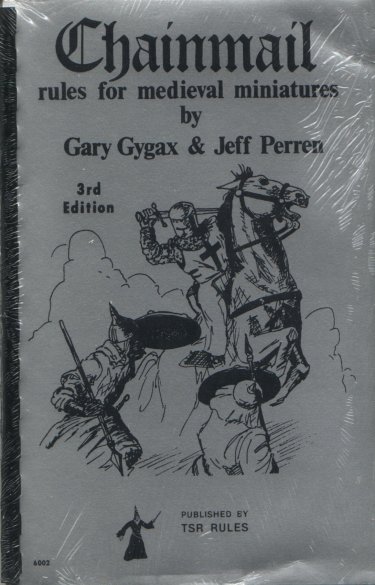