There is a bagged version then boxed version.   By Larry Smith and is the same as the LORE version but with slightly updated rules and a color map.

This game plays the same as the original LORE version with a couple of minor updates.  Based on the battle found in the story of the Hobbit.  A fun game.  Not as good as the Richard Jordeson games, but it plays well. 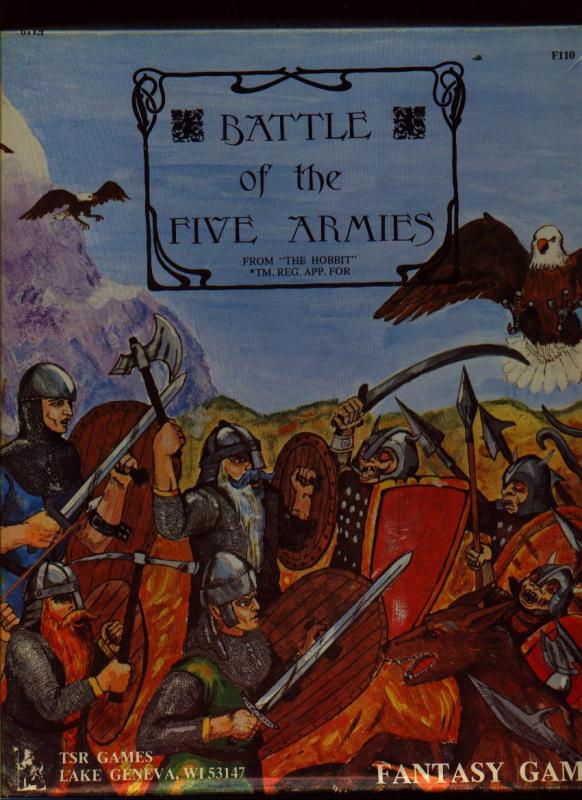 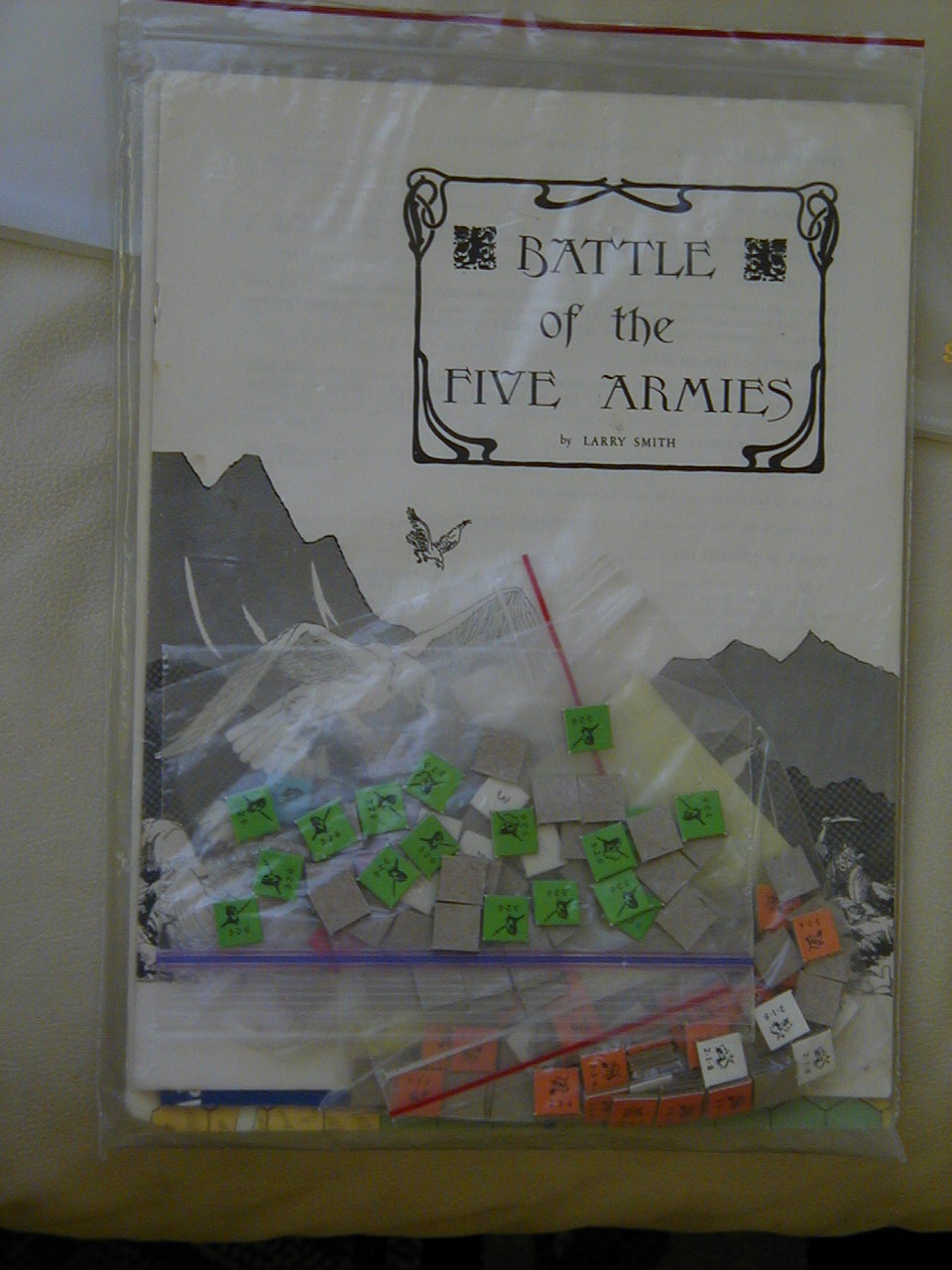 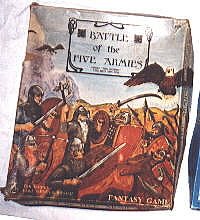 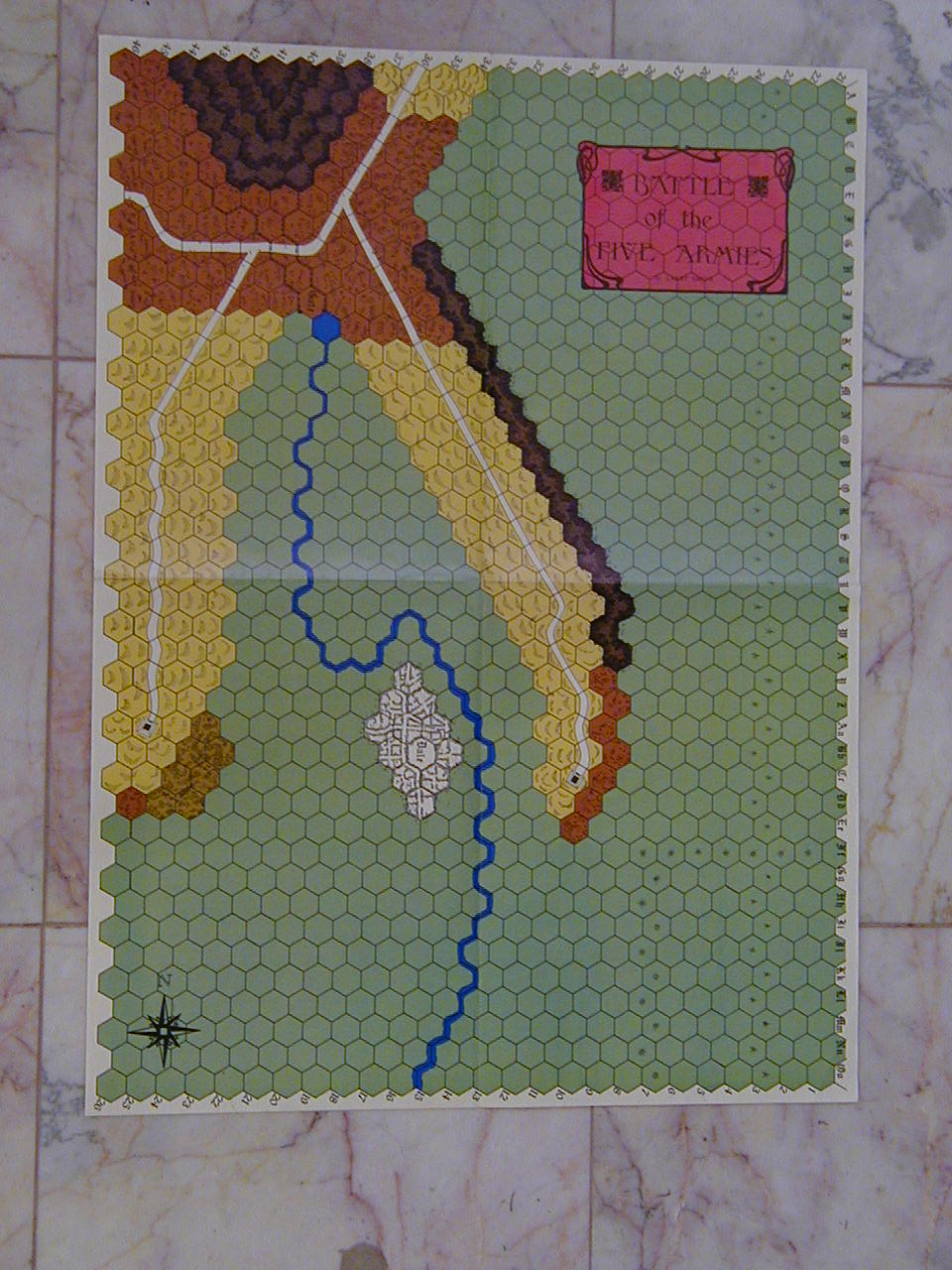 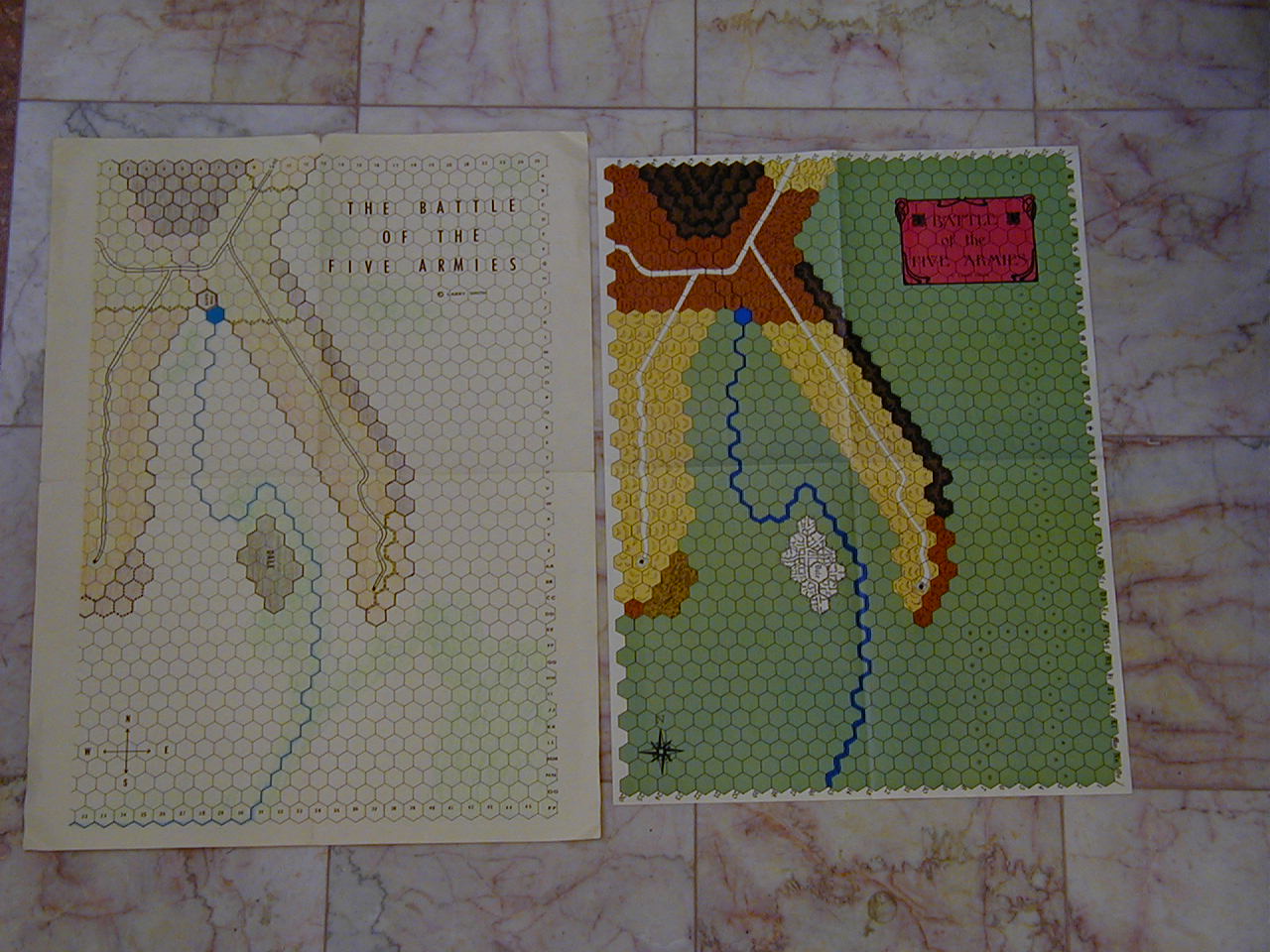 The LORE original map and the later TSR Colored map (note: I used colored pencils on my LORE map as it was too plain for me when I was a teen).  The LORE vesion is slightly larger but has the same number of hexes. 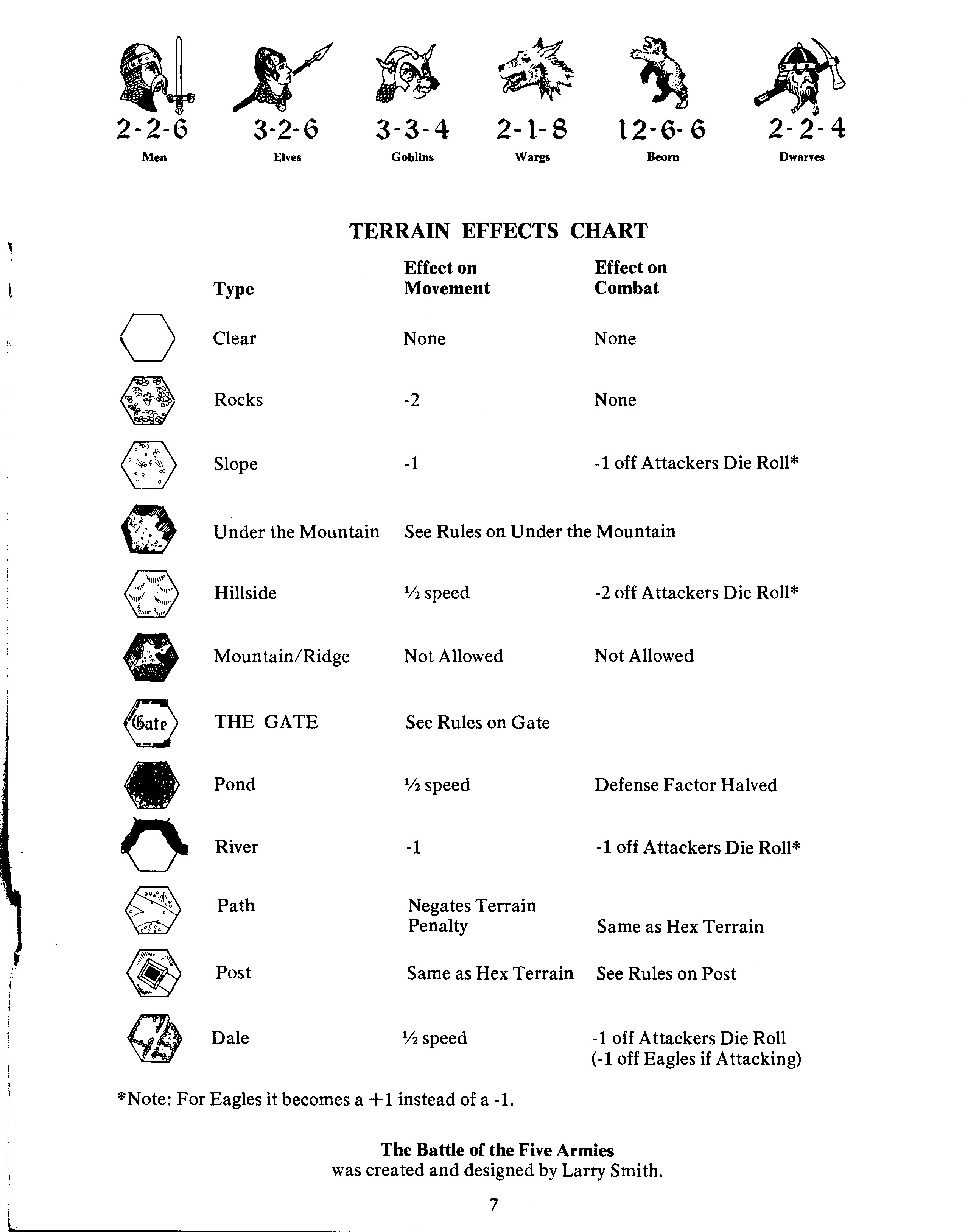