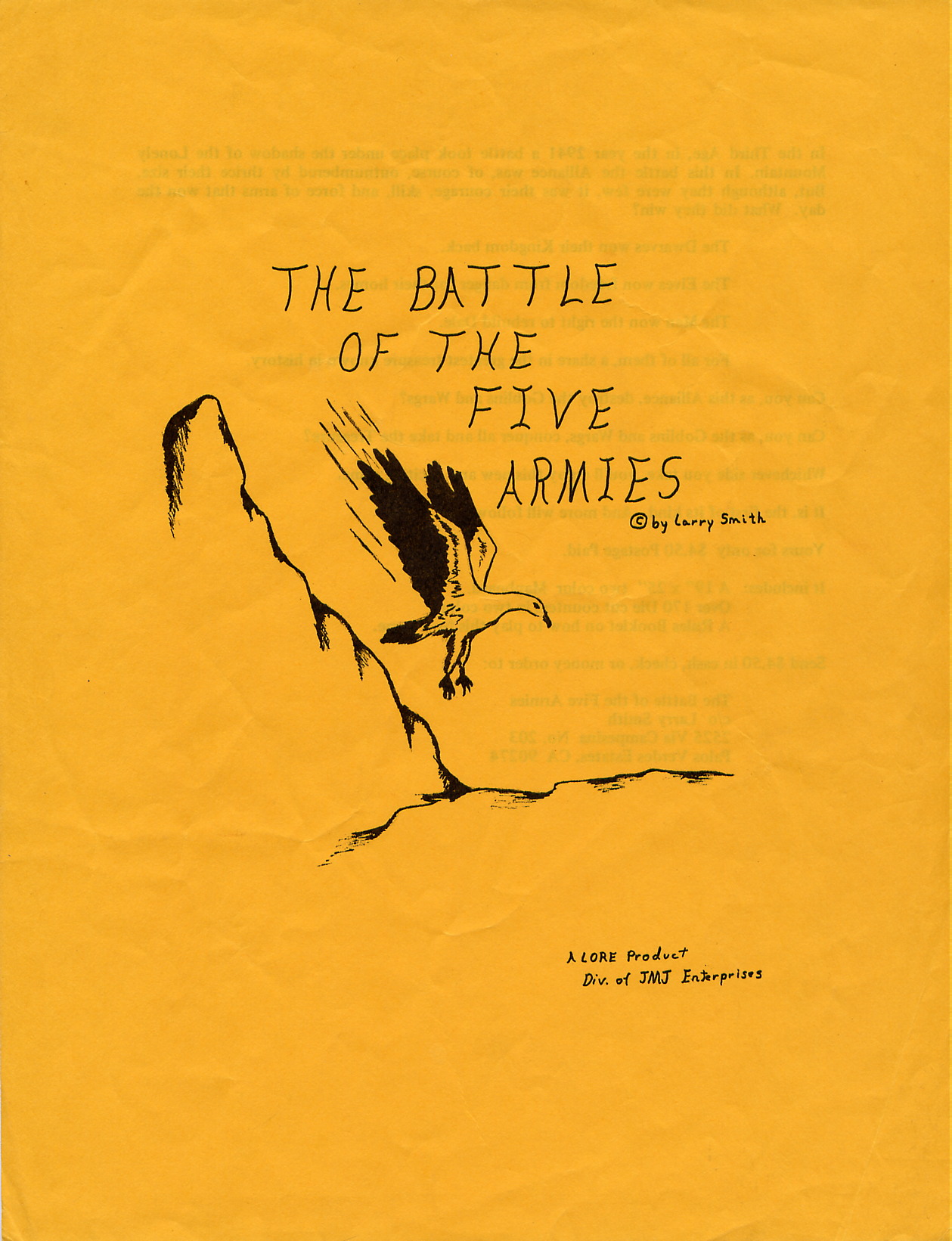 There are three versions of The Battle of the Five Armies depicting the battle at the end of "The Hobbit".  This vesion is the first version.  Larry Smith is responsible for two versions.  This game was sold to TSR Hobbies, the guys who made Dungeons and Dragons.  The two games are vertually identical with some minor variations to the rules and an improved game board and graphics on the game counter pieces.  There is a third version make by Iron Crown Enterprise (ICE) in the early 80's, but that is a completely different game and has nothing to do with Larry Smith's versions, although they are all hex wargames and are the same battle.  This review will cover the LORE version (the second LOTR game that I ever owned).

The map I have pictured is from the game that I had since 1975.  It was only a two tone map, with a blue line for the river, on heavy paper.  When the pieces are all piled up on the board, it was difficult to determine what the landscape was, so in my youth I decided to color it in with colored pencils.  Well, as it turns out, the TSR version did exactly the same thing.  So if you are going to collect this game, then you have to find the LORE version (it comes in a manila envelope with a flying eagle in the upper right hand corner).  If you want to play the game, get the TSR version.

The board is two-tone, dark brown on beige on medium stock paper (19 x 25) with a hex grid.  The counters have no graphics and just depict the strength, defense, and movement.  The good side counters are white and the evil counters are black.  This is the battle from The Hobbit that Bilbo was involved in.  The main rules involve the battle

between the Dwarves, Men, and Elves against the Goblins and Wargs.  The Eagles play a part as well. 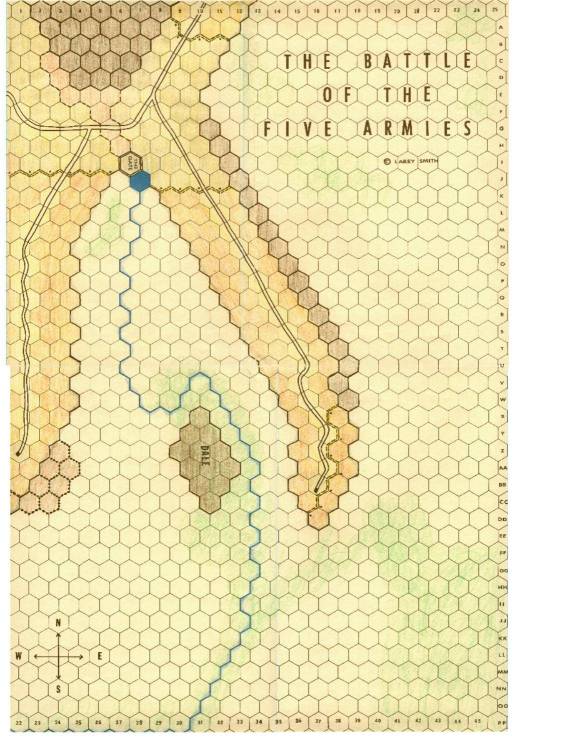 LORE version of the Battle of the Five Armies 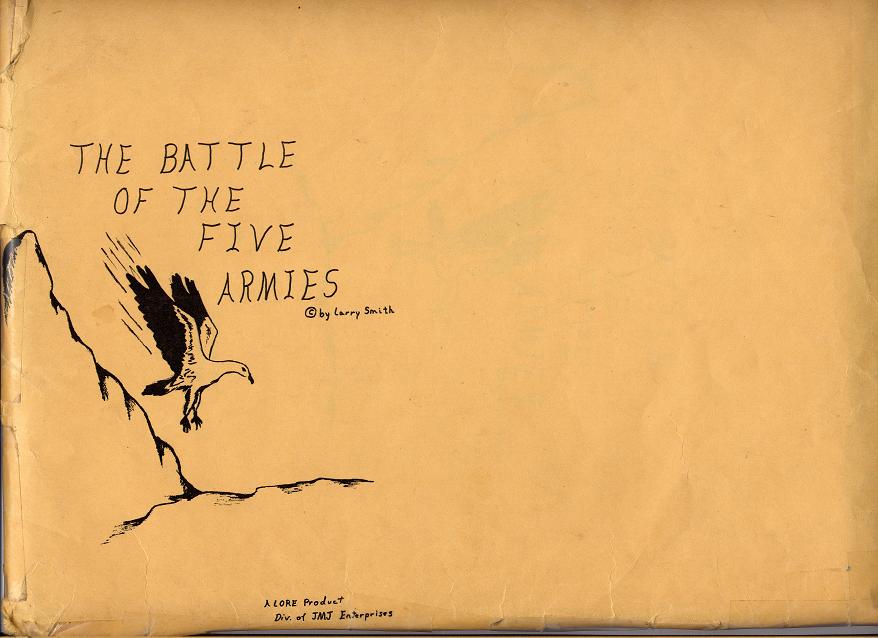 LORE (Division of JMJ Enterprise) pacakaging for the game.