Lord of the Rings: Battle for Middle Earth I and II (computer game)

I normally don't include computer games in our listing except under the Computer Games sections.  But since this is my site I decided to add something here.  Just because I felt like it.

There are now two editions to this game.  The first one Battle for Middle Earth (I) came out in 2004 and was very popular.  I even have a copy of the game although I can never find the time to actually play it.  Reading most reviews on it, most people really like this game over the other games.  But that can depend on your preference on the type of games you like to play.  I am not a big fan of RTS (Real Time Situations/Scenarios) games because once you play one, they are all the same.  I've played Command and Conquer and I haven't seen any improvements since.  It becomes a matter of can you get enough resources to maintain your armies - with variations depending upon the game.  Since I haven't played this game yet, I can't say if I would like it one way or the other.  But this is a Lord of the Rings game so of course this is better.  To me, no computer can even come close to compeating with another human (or Orc) because we can be so devious and think outside the parameters of a program.  That is why I love the old hexboard wargames.  Thinking stragety, even though there are some limitations due to being turn based.  When playing Siege of Minas Tirith (Fact and Fantasy), if I'm playing the Orcs, I can come up with all sorts of unusual ways of attacking the gates which is what makes that game so enjoyable.  No two games are ever the same, or even close.  Of course it does come down to the roll of the dice, but that is the best imitation of life that can be used for games.  One of the best designed computer games in my opinion was the Steel Panthers series (available for free on the internet which makes it even better) which is basically a World War II Tank game.  That game is turn based, but it takes into account of degrading morale of the troops both as individuals and as a group.  Plus all the complex equations that were needed to determine strike angles of various projectiles hitting armor from a variety of tanks at different distances.  Even after 8 or 9 years, I still love playing that game.  I wish someone would take the game engine and adapt it to Lord of the Rings.  That would be an awsome game.  If you are interested in this game, go to:

And if someone decides to adapt this to Lord of the Rings, let me know.  I'll be the first to play the game.

With that said, EA just released a Battle for Middle Earth II.  And I really want to play this game.  I'll have to get a copy at some point and load it on my computer.  But for now, I have a picture of the box for both games and a screen shot from each.  It certainly looks impressive.  And it is a Lord of the Rings game.

Here is the box for Battle for Middle Earth (I) 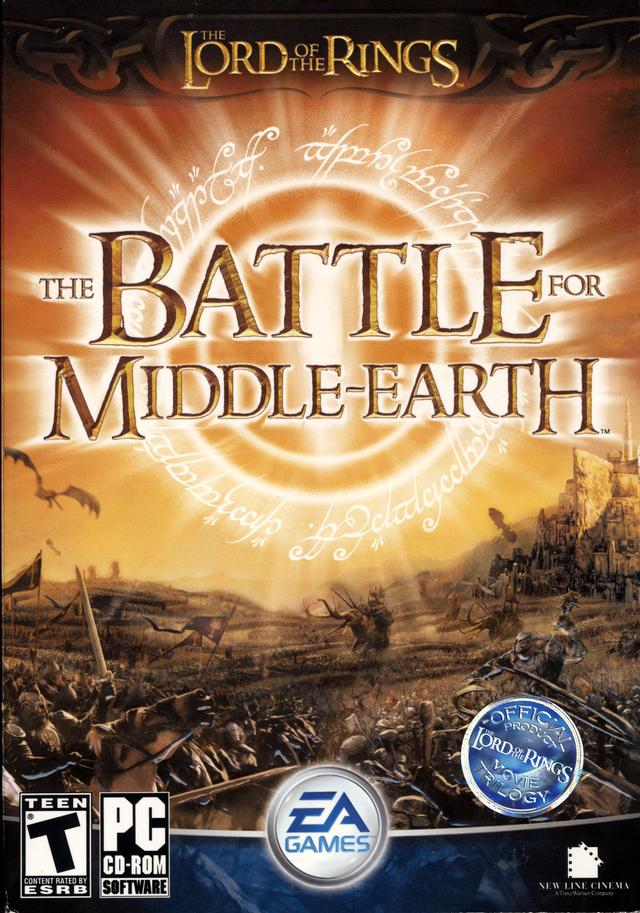 And here is a screen shot for BFME1: 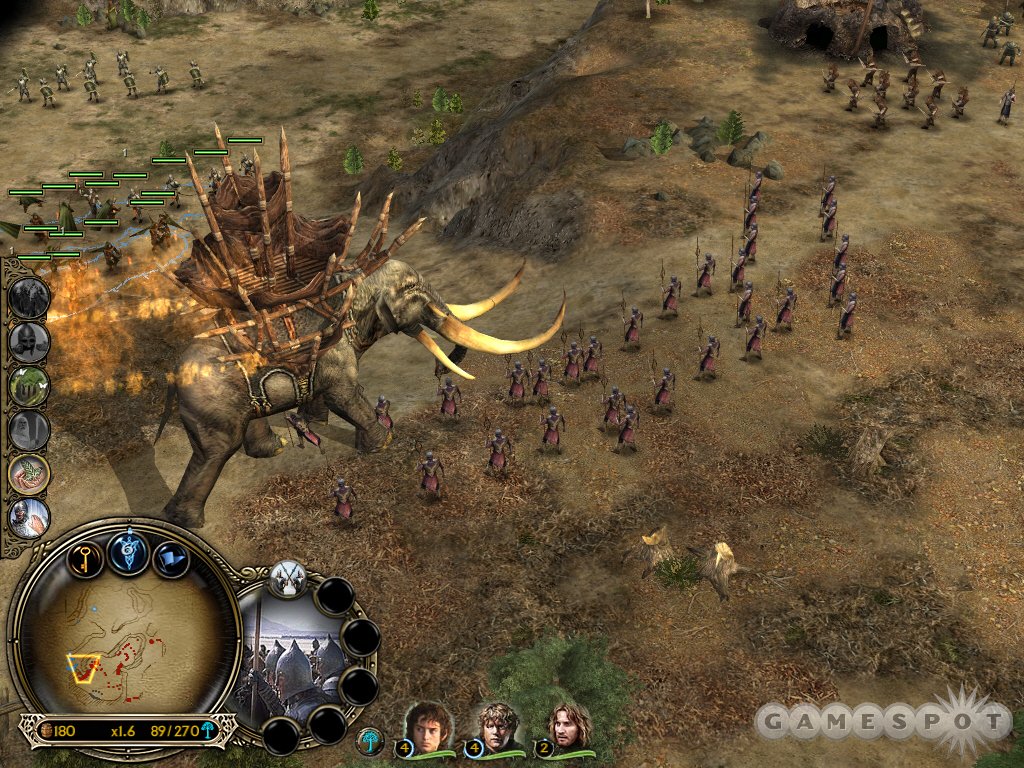 And now the box for BFME2: 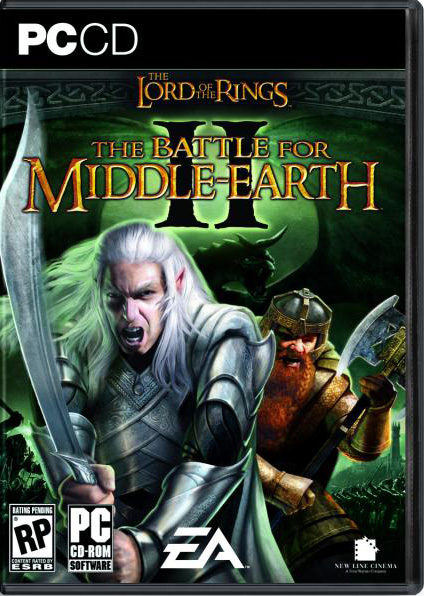 And a screen shot for BFME2: 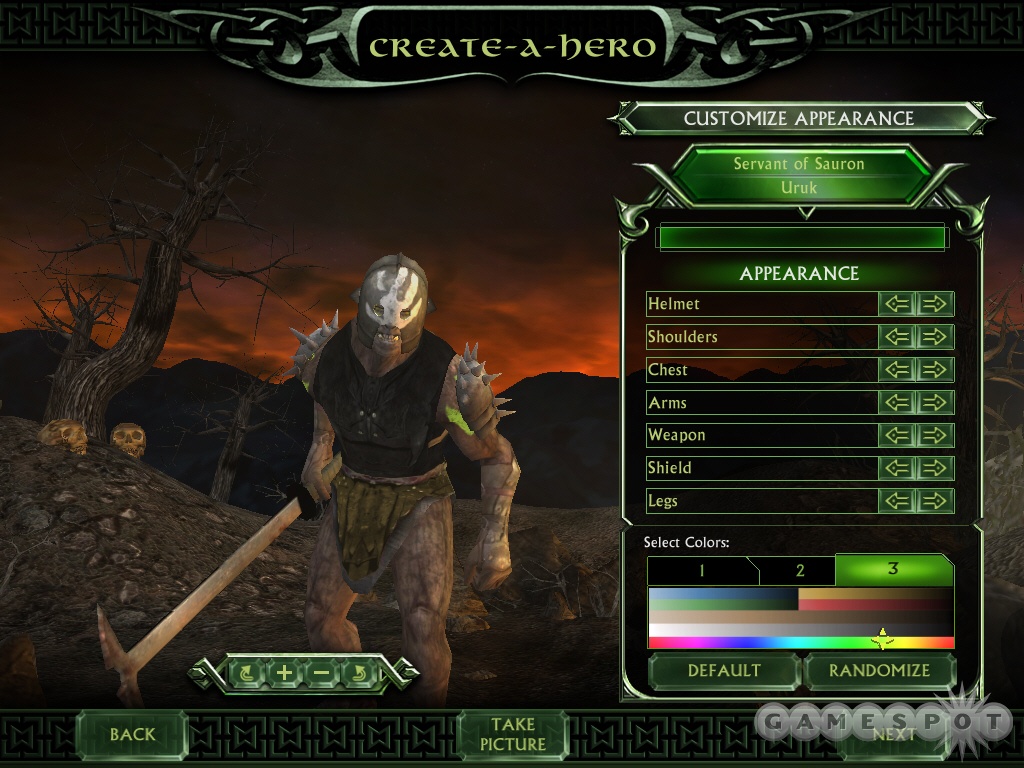