A Guerra Do Anel O Wargame

A Self-Published game by Luiz Augusto P. Silva from Brazil, 2002

This is a hex-based game very much like the games from the '70s and'80s.  The game is a free download (one place found is at BoardGameGeek.com) as a PDF file.  It is all in Portuguese.  However, I have been translating it into English.  I used AltaVista BabelFish as the translating tool.  It works our very nicely if you use the proper usage, including accents and those squiggly lines.  However, it is a "litteral" translation.  So I had to use my knowledge of the old hex-based games to help interperate some of the game rules.  There were a few rules that didn't translate very well and I did the best I could.

If you would like a copy, please send me an email.  I plan on keeping this a password protected PDF as the author intended once I finish the translation.  This game is not for sale (or re-sale).

Included in the PDF file are the 20 pages of Rules; Battle Charts (Terrain Effects, Combat Ratio, etc.); Map (2 parts).; and Counters.  Dice are not included but a 10 sided die is needed to resolve combat.  You would need to paste the counters to cardboard if you want to do this properly (just like the oldest hex games from the 70's).

From the introduction: "This wargame has an objective to simulate the events portrayed in the story "Lord of the Rings" by J.R.R Tolkien, especially the events told in Book 3, "The Return of the King" which tells the battle of Minas Tirtih in the kingdom of Gondor, which began March 07, 3019 of the Third Age."

Here is a section from the first part of the rules:

The Material that composes this wargame consists of:

The sequence of the game will be divided into turns, with at total of 15 turns.  Each turn corresponds to one day of real time. The events of this wargame take place from March 07 through March 21 of the Third Age.

Each turn will be divided in two stages and each stage corresponds with a single action of one of the armies.

The first stage is always the player who controls the .  The consists of Gondor, Rohan, Dol Amroth, Dunedain, Lebennim, and Laledon.  For the sake of simplicity, this player will be called GONDOR.  The opposing player controls the forces of Sauron consisting of the armies from Mordor, Harad, and the men of the east called Easterlings.  This player will be called MORDOR.

Each stage is divided in 3 sequential phases, representing the grouping of similar actions. The Preparation Phase, the Movement Phase, and the Combat Phase.

In the preparation phase the player executes some preparatory procedures before movement and combat. They are they:

Count Victory Points: The players must verify if they had marked points of Victory during the stage in accordance with item 8 and to write down them it the part.

Here are a few screen shots from the game... 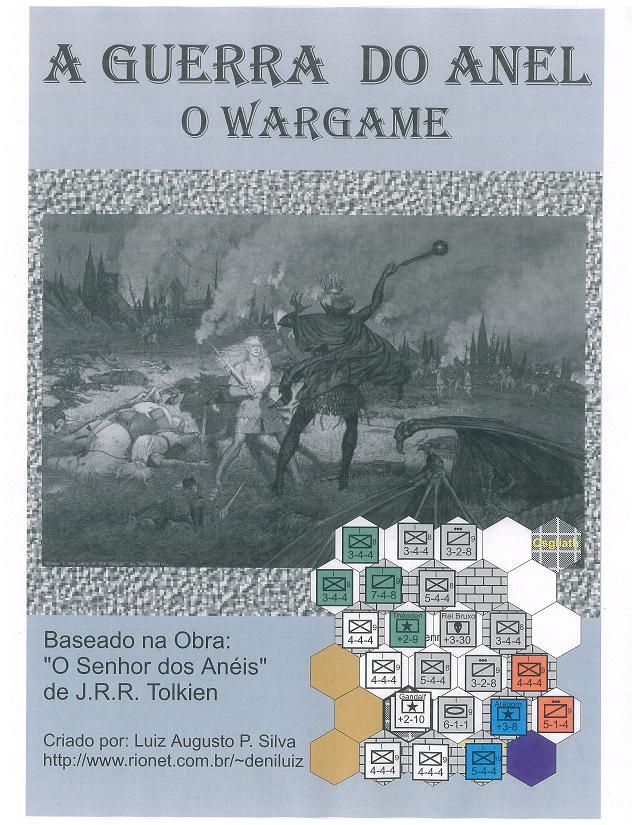 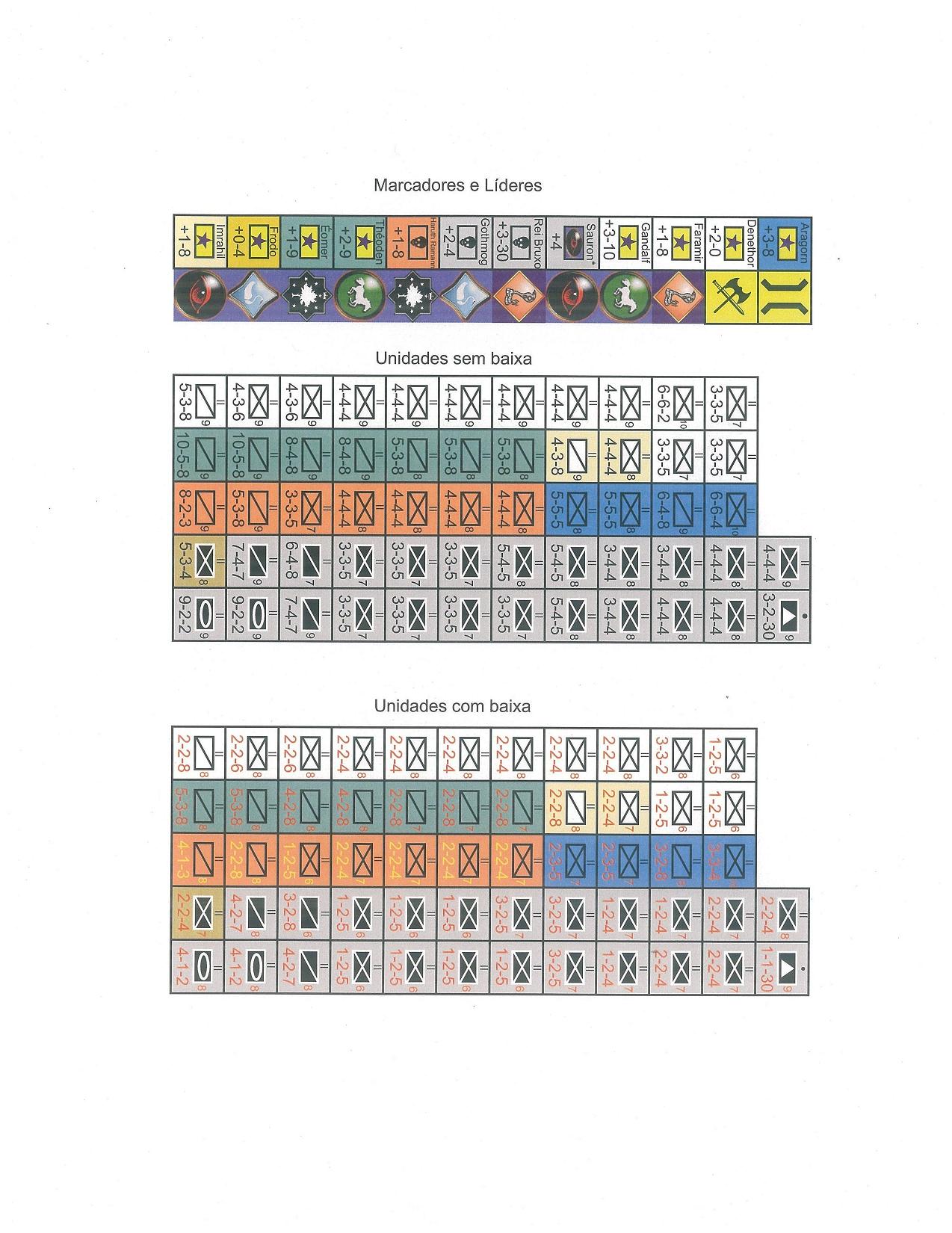 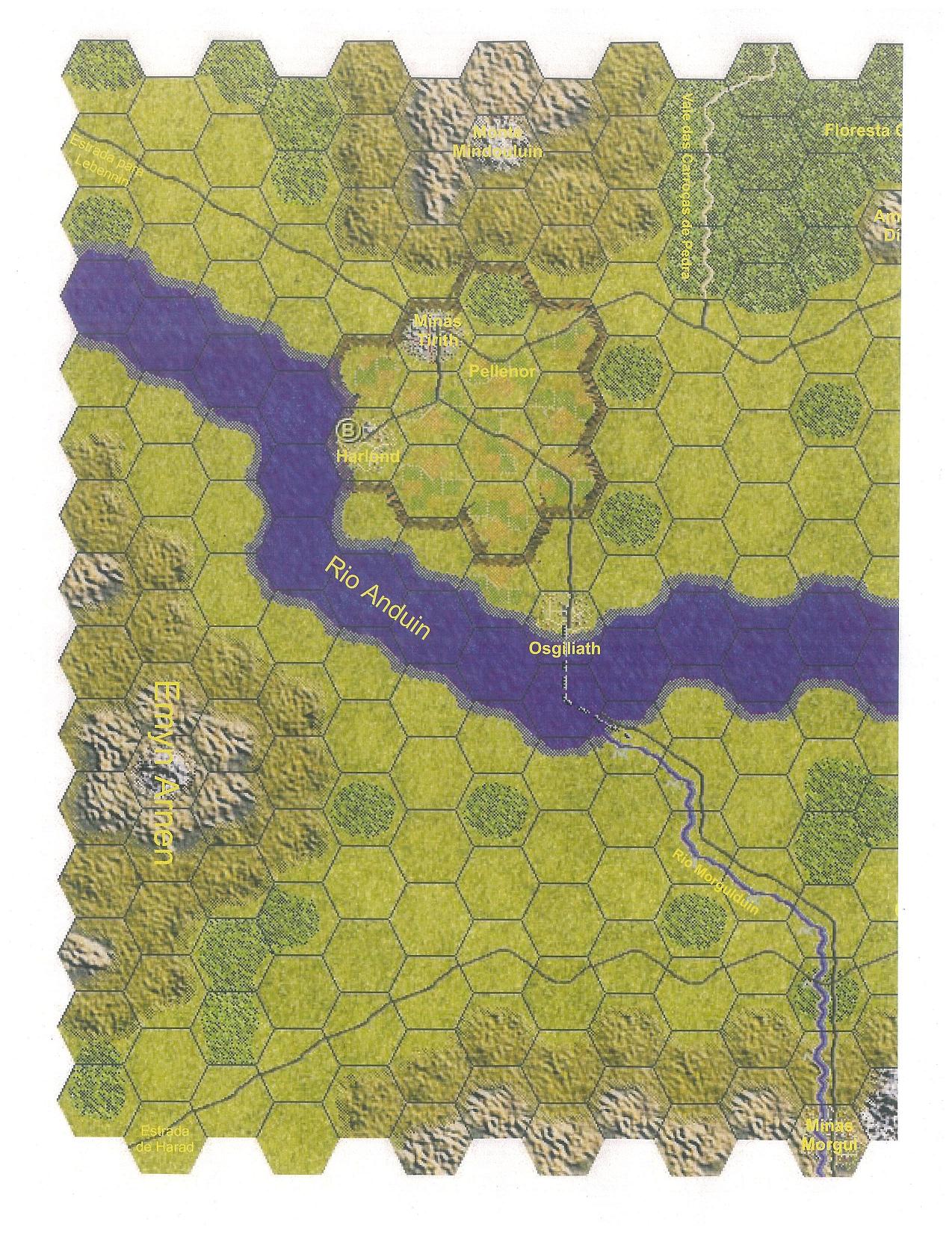 The left half of the map.  The other side covers the area to the east including Cair Andros.